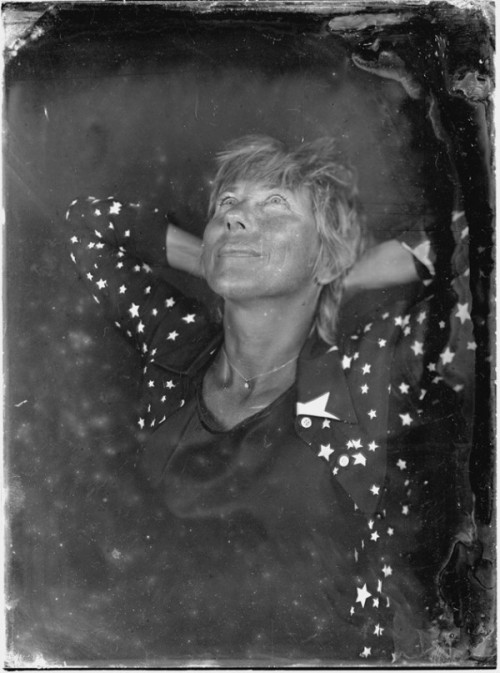 CLARA FEDER: Light as a feather

One day, wandering in the South of France, CLARA FEDER came across a bookshop outside of which she found a box marked ‘Help Yourself’, feeling very much like Alice, she reached into it. The book she pulled out had powerful memory links to her childhood, a chill ran down her spine. Paul & Virginia, a story written by Bernardin de Saint Pierre in 1787, set Clara off on her most powerful creative journey yet. Previously established as a ghostwriter, but longing to express herself visually, the book triggered an idea that would allow her to blend image and text in a manner that perfectly expressed her own inner world. The result is an ever-evolving body of work based on this initial story.

Clara Feder is also at work on a number of other art projects. To read more about her journey and work, please visit: www.feder.me

Witch over Virtue/Feathers by Clara Feder from Paul & Virginia series

Fate has played a huge role in your creative process; you are also very receptive to signs, memories and dreams. On top of which, you also have a thriving career as a ‘ghost’ writer in which you translate the essence of a life to the written word, in my view all this makes you a medium of sorts.  Do you feel mysticism plays a role in your work and art?

I’m not sure about mysticism, but I’m sure about empathy. Global empathy. I know that within me lie answers, connections, premonitions, deep understandings. If I want to have some insight on people and things, I lie down, stop the disturbances, concentrate. Facts get linked, and I get some kind of vision. Of course it doesn’t always work. Sometimes time hasn’t come, or I’m overworked, or I lack elements. But it’s worth trying. I use it for writing, for art, for relating to people.

It’s been a learned process. I always new this part of me needed to be fed, because I was aware, quite young, that I was engaged in a creative process, although I didn’t know what kind. So I fed it with reading, (mythology, legends, fiction), some studying of esoteric sciences (Kabbalah, Astrology, Soufism, Trance, Tarots, Magnetism) or cognitive sciences (Psychoanalysis, NLP, Transactional analysis).  Singing, walking in forests, helped also.

As for fate, it usually takes the shape of an encounter. I believe you don’t even acknowledge it if you’re not ready for it. Therefore, is it fate, or awareness?

Have you always been creative, even as a child? Please share a few experiences from childhood or adulthood that have positively impacted your ability to express yourself creatively.

I could say many things about the burst of energy I had when I was a kid and the languid adolescent I was, but I’d rather say this : when I was 8 or 9, I distinctly saw in my mind’s eye an old lady. She was, I knew it immediately, 93 years old. I had a clear feeling she was at the center of some collective energy. She looked alive and happy. She stood straight against a sea landscape. No doubt about it, she was my future! At several crucial questioning points in my life, I’ve acted accordingly to what path it would take to lead to her, including my last step towards being an artist. It’s always been for the best.

In addition to your art, even in common daily exchanges, you have a beautiful way of expressing your thoughts. When an idea comes to you, you draw a visual representation of the connections that triggered it. Tell us a bit how your mind works and how putting your thoughts down on paper in this visual manner helps you to better communicate.

Representing my ideas and the connections between them enables me to see them pretty much as they come out of my brain. It’s spontaneous, like a spring. I love it. Sometimes a word is replaced by a drawing, sometimes the ideas come out already organized, at other times, the representation of my thought surprises me! I find it both practical and beautiful. “La forme, c’est le fond qui remonte à la surface”, said Victor Hugo… Moreover, as “a drawing is worth a thousand words”, it’s a very efficient kind of communication, although it requires an open mind on the other end.

I learned to do that after reading Tony Buzan’s books on mind mapping. It was in 1994, and I decided to use it. I haven’t stopped until now. I even taught it to my children and to people who needed it… 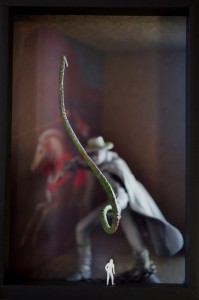 Clara Feder is a ‘nom d’artiste’, as a writer you publish under a different name, what drove you to create a separate identity for yourself as an artist?

I needed to be able to experiment and establish my new practice without people watching and criticizing what I was doing. Since I was categorized as a writer and not as an artist, I felt vulnerable. It takes time to show the world what you really mean, to emerge, to get recognized. My new name became my protection, as well as a new way of being.

In China, a change of name is more or less expected from you during the course of your life. In the West, it’s considered strange, or confusing. I think a name is a form of energy, a statement. When you experience a change of mindset, it does make sense to modify one’s name and give it a new meaning. Clara has always been my favorite name for it means Light, and Feder has something to do with my family roots as well as my other art form, writing. (Feder means Quill/feather in German).

What advice do you have to other people who began following their true passion in the second chapter of their life?

The great thing about having a new career when you’re more mature is that you know the world and yourself more than when you began your first career. Starting from scratch is, though, never easy ! Moreover, since this is a passion, a conviction, you don’t want to be too quick, because you know good things take time.

The advice would be ‘take time to feel. It’s worth it.’ 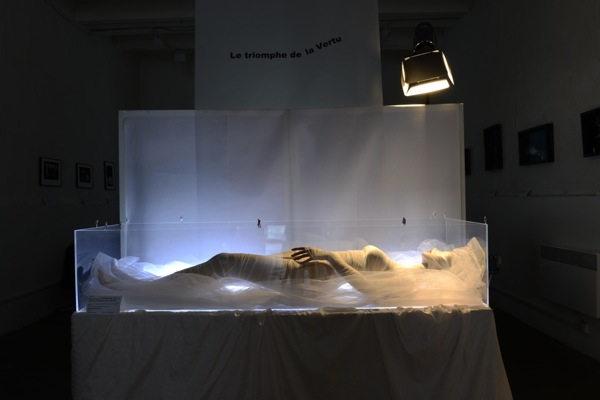 What is your favorite way to relax your mind?

I have many. Take a shower. Walk in nature. Do sport.  No more words. Be present to the pure instant. Pleasure. Breaking off with routine.

Well, I think lying and looking at the sky – even the ceiling might be my favorite ! 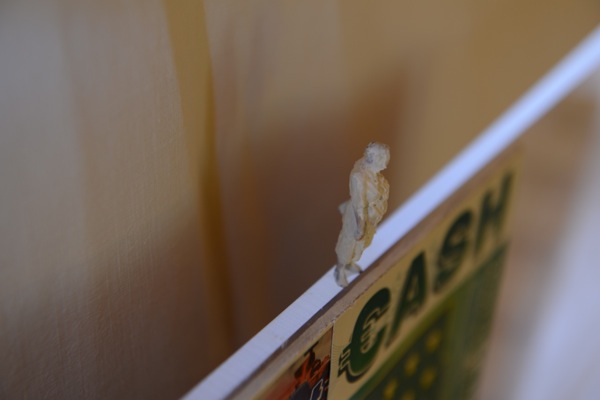 On The Wire by Clara Feder from Temptation series

What’s next for Clara Feder? 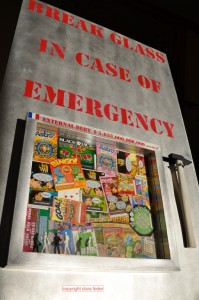 I’ve got a collective Art project called Temptation/Beyond Money I’ve been working on for the past two years. I very much want to see it alive in 2013. It focuses on our relationship to money, salvation and consumerism at large, using lottery tickets as a symbol. It encompasses a personal exhibition of showcases and photos, and a flash mob showing off their resistance to temptation by making a big work of art together.

And I’m also starting a new project about a 7th century Chinese Legend. Since I create everything I photograph, it’s an ongoing project. I want to explore both my personal and “civilizational” links with China, a country I’m passionate about.

Finally, I’m in the process of collaborating with the British artist Jo Wonder for her extraordinary work on Ophelia. To visit Jo Wonder’s website, click: here. 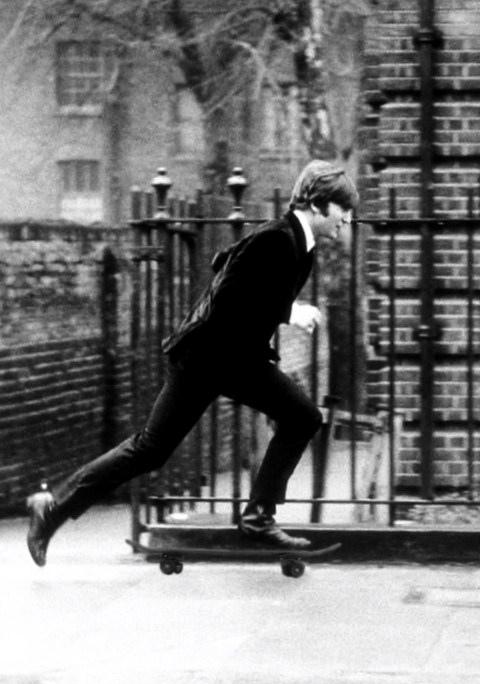 Play. It’s good for your imagination 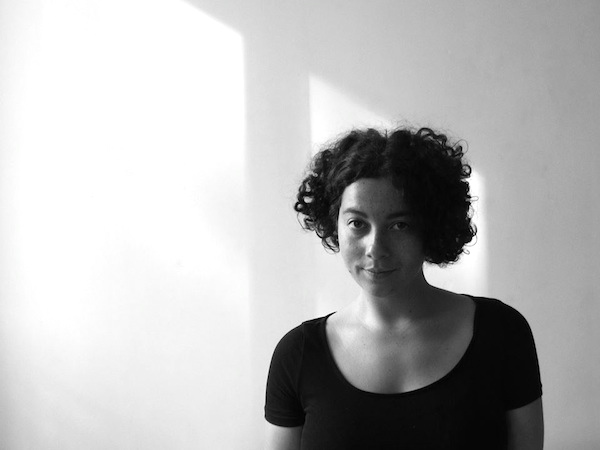