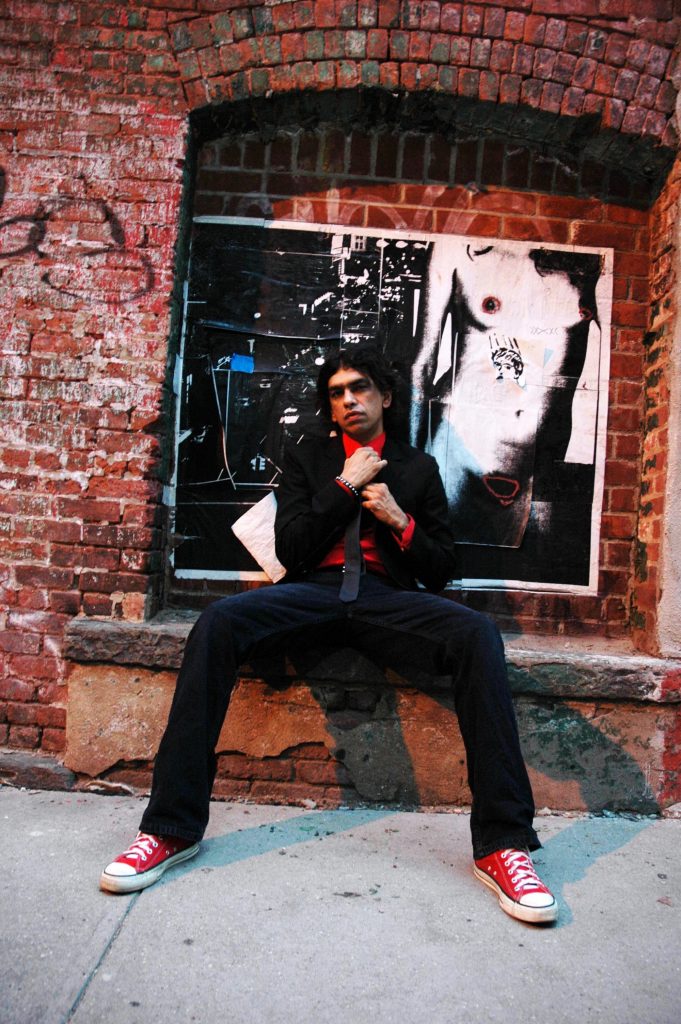 At Seymour, we’re interested in pushing past the limitations imposed by labels and seeing things from new perspectives.  We recently asked a few creators and innovators to redefine a word that has been integral to their life and career paths.  In this first piece, media maverick Nusrat Durrani redefines “rebel.”

It’s 1969, Lucknow, India. A woman in her thirties wearing a sari is smoking a hand-rolled cigarette filled with Prince Henry tobacco. Her wavy black hair is astray in the wind as she distributes wages to the dozen rickshaw pullers who constitute her first entrepreneurial venture. The next morning at 7 she is driving her three young children and two of the neighbor’s kids to school in her green and beige Fiat, the only woman in a parking lot full of male chauffeurs. At night she will return to the small pharmacy she has invested in and tally the daily income until closing time at 11 pm.

Those are images of my mother, the unlikely dissident who sparked my own departure from the status quo. She rewrote the narrative she might have inherited – the daughter of a patriarchal land-owning family must acquiesce to an arranged marriage, raise many children, and leave the future to her husband and destiny.

My mother was a study in contradictions- an obedient daughter who broke all the rules while appearing to abide by them. She refused to be just a dutiful wife and had no regard for public opinion. She was stubborn and had a superhuman ability to handle failure. Nonchalantly defying the odds, my mother earned a medical degree late in her fifties after she founded the first private hospital in the city. I rarely saw her cry or bemoan her lot even as we struggled financially in the early years. When she was denied loans to start her business because banks didn’t lend to women, she took a risk and hocked her own jewelry, the most precious asset owned by an Indian family. This incredible and selfless woman, unglamorous and naïve about anything outside of her small city, was the one who taught me to question the status quo and take on the world. 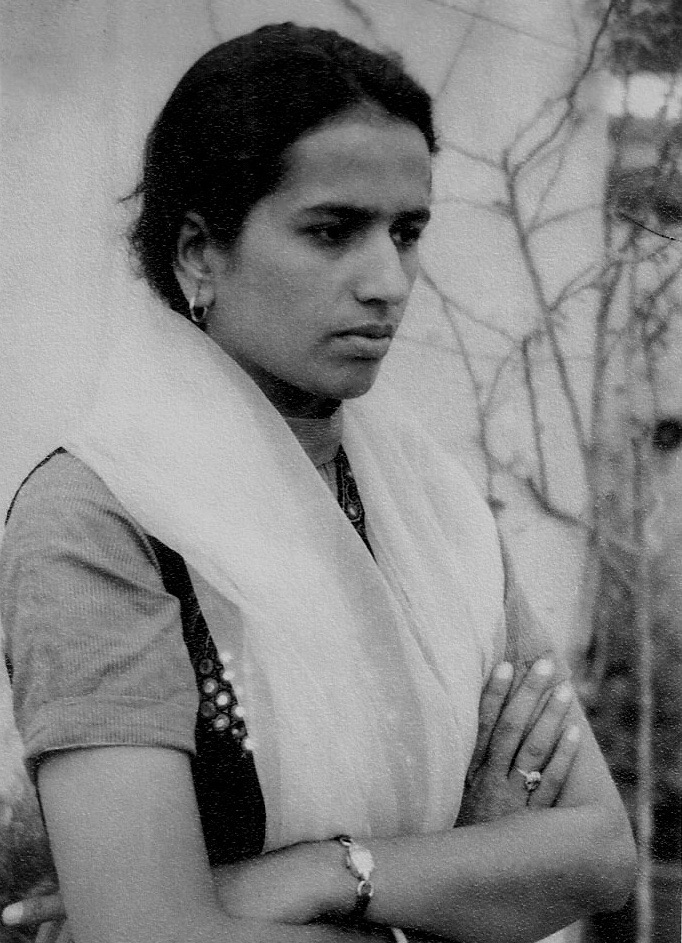 Growing up in the sheltered confines of a French-British private school, the ache and burn of rock’n’roll continued to alter my dreams in high school. I recoiled from the idea of becoming a doctor, engineer or bureaucrat – the three options sons of well-to-do families chose between. After earning an MBA, a recent option in India, I escaped the comforts of home and the claustrophobic emotional embrace of my parents to seek my own path — unthinkable at the time for an only son who was meant to inherit the family fortune.

While the hungry and dangerous streets of Delhi temporarily sated my desire to be free, I soon tired of the mind-numbing monotony of my job selling electronic switchboards to government offices run by corrupt officials. It was the year of Prince’s Sign O’ the Times and Eurythmics had just released Be Yourself Tonight. My gay male friends dressed like Annie Lennox, and I went through a phase of riding my motorcycle in eyeliner and purple silk harem pants. It seemed there was a revolution happening somewhere that I had to be a part of.

It sure wasn’t in Dubai, my next stop, where steel and concrete towers seemed to be mushrooming everywhere and a culture of mediocrity and false well-being hypnotized all but the very few. After a long run on the beach one night I switched on the television and watched MTV for the first time. It was then I found my true calling and experienced the power of media to create change. MTV was the visual poetry of revolution and it seduced me. I quit my job and boarded a plane to America.

While I did land my dream job, I went into a sort of reverse cultural shock. Within a few weeks of arrival, an instructor who was teaching me Photoshop insisted on referring to me as “Ram” although I had her practice pronouncing my real name. She said she always viewed Indian men as “Ram”, and women as “Sita” because she had read the Bhagavad Gita. As a teaching assistant in school I was assigned work that was more “tech” and less “culture” for months, and saw the looks of disbelief on my peers when I offered suggestions around pop music. One day in a meeting I suggested we screen Renaldo and Clara, a Bob Dylan film I had viewed as a bootleg in India that seemed suited to a program about rock documentaries. The room went into a chilled silence until someone finally said, “Nusrat, how would you know anything about Bob Dylan?” I realized in that instance what I was up against.

After the euphoria of coming to New York subsided, it dawned on me that we weren’t really a melting pot at all; instead we were clusters of neighborhoods bound by ethnicity, neatly fitting into the boxes assigned to us. I was dismayed by the stereotypes and clichés and was soon confronted by a challenge I did not anticipate. In the America of the 90s Indians had “permission” to be successful doctors, lawyers, engineers and cab drivers, but not media executives or creatives. I wasn’t supposed to know anything about American pop music or culture, and my first attempts to tinker with the formula were met with scorn, disdain, and even outrage.

But the lessons from my mother served me well, and I supplemented them with new learning from mentors I quickly took on to navigate the confounding and impervious media landscape I found myself lost in. My tactical blueprint for rebellion wasn’t genius. It was a hybrid of sagacious and outlaw thinking that came about by trial and error and tasted like milk and absinthe: Dress and acts like them. Camouflage your ideas as theirs. Recruit other believers. Always know more than everyone else. Amplify your differences when necessary. Use the element of surprise. Smile. Push through. Feel the trauma of rejection but let it flow out so you can start again. Temper passion with logic and reason. Smile. Mine the data. Make bold, theatrical moves. Make friends. Don’t obsess over small defeats. Secretly celebrate small victories. Avoid undue conflict but be prepared to fight. Be in it for the long haul. Suppress arrogance and over-confidence. Believe in the story you are telling and repeat it with new creativity every time. Smile. 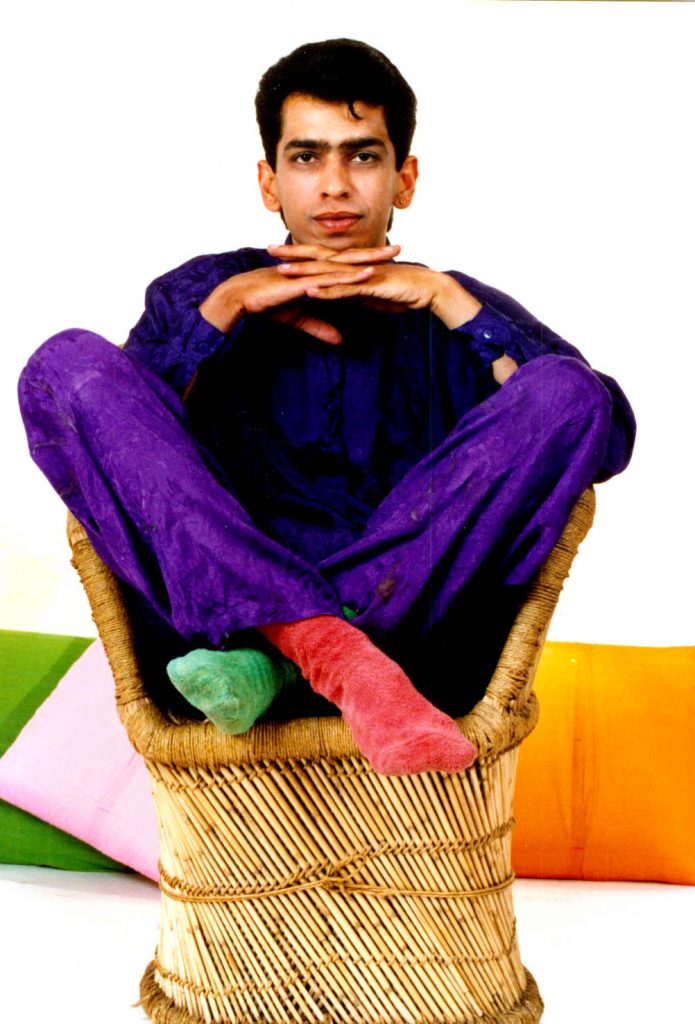 While charting my own destiny and inadvertently creating an alternative narrative for myself like my mother had long ago, I found that being a rebel isn’t just about breaking rules and taking risks. It’s about imagining the unseen and creating the unknown because there is a need for it to exist, and there is terror and chaos involved. It is also about hallucinating the future like Dylan, Prince and David Bowie did in the past, and Anohni and Laura Jane Grace are doing now with gender and sexuality.

Rebellion is powered by compassion and empathy and it must have beneficiaries other than the protagonist. The change I wanted to bring about in media was to make it more inclusive and tell stories of youth from the rest of the world to American audiences. For that, I too had to visualize a new kind of storytelling, one stylistically similar to what our young audiences were used to but with new imagery and heroes. This is exemplified by Rebel Music, a documentary series about the young artists in turbulent countries fighting oppression and injustice against tremendous odds, and changing mainstream perceptions of Native America, Afghanistan, Iran, Turkey, Israel and Palestine and other misunderstood communities. Defying convention, the series has generated some of the most viewed and shared content in our social history and re-invented the short documentary format.

We live in a time of profound change, sensory overload and empathy fatigue. Divisive forces, environmental disasters, and disparity threaten us while social media, technology, and an empowered youth population offer an unprecedented opportunity to create positive change. There’s never been a more fertile time for rebellion against inequity and terrorism, apathy, and misogyny. The rebels of the future might not resemble those of the past and their manifestos might be different, but they will surely experience pain along with exhilaration. And like my mother they will walk that thin line between rejection and acceptance, winning and losing with savage boldness. 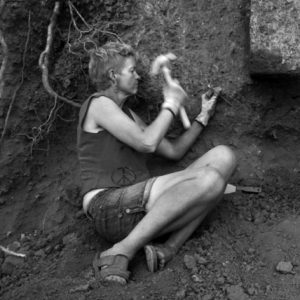 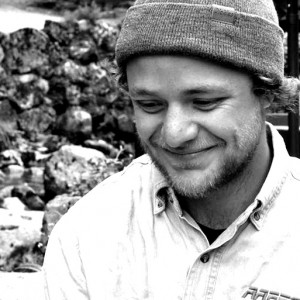 What If? MAX WALKER-SILVERMAN