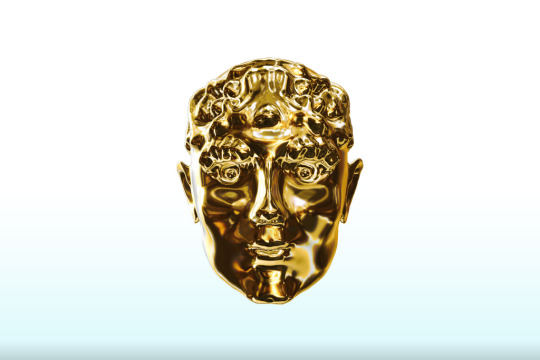 PRICE BULLINGTON: Where the friction lies

While we typically begin interviews with a brief biography, PRICE BULLINGTON asked to remain anonymous as he has throughout his artistic career.  Price is a primarily digital creator whose hypnotic, thought-provoking work has been featured in a number of contemporary art blogs and online magazines, including Culture Magnet and Exhibition-ism.  His philosophy is deceptively simple: Meditate on the substance.

Check out more of his work and curation at pricebullington.com, and enjoy this fascinating exchange with this enigmatic artist.

You’ve said that your work process is like a gardening of your subconscious — do you think there are particular ways to spur the bubbling forth of subconscious emotions, visualizations, or compositions? How do you begin your attempts to engage with your subconscious and activate your flow state?

I’ve discovered working in small rooms, surrounded by chaos, works very well for me.  Having a few glasses of wine also helps shut down critical and self-conscious thinking, which is helpful, but by no means necessary. I put on some great music, everything from Chopin to 2Pac, depending on my mood. My process in this stage of the work is to utilize what I believe to be one of the most important discoveries of the surrealists: Automatism. The subconscious is rather mysterious; even leading neuroscientists know very little about it. I believe everything we perceive is being stored deep in the subconscious brain, and the only way to access some of it, is through flow state. It’s like a dream; when we dream, our subconscious is putting all our daily inputs into order, and it manifests in these beautiful abstract movies. 10 minutes after waking up, our brains release a chemical that makes us forget our dreams. Today, with all the information we have available thanks to the internet, films, books, etc., the unquantifiable, the mysterious and the unknown become increasingly valuable and important to retain our humanity so that we don’t turn into robots. That’s what art is to me — a manifestation of the human spirit — and flow state is the peak of the human spirit; almost all great scientific discoveries, artistic breakthroughs and athletic achievements take place in the zone. Through your own series of interviews with artists and by curating art and “visual meditations” on your blog, it’s clear that you actively engage with the philosophies and works of others. How are you able to allow others to inform and inspire you while maintaining your own voice and identity?

About 2 years ago when I reached a certain critical mass of thousands who followed my blog, I realized I had a responsibility to utilize my platform to bring attention to all the great art being created and share “the spotlight”. With the current paradigm of informational abundance / overload, I think the single most important thing is focus. Since the art establishment at large has failed artists and audiences by subverting artistic expression through excessive focus on the least important aspects (such as money, status, quantification, gossip and so forth), I believe artists have to stick together and regain culture from the politicians, stock brokers and pseudo-intellectuals who currently infest the art world with their reckless antics. They have made a Faustian bargain and as a result undermined art and made it lose cultural relevance. It’s the job of artists today, not only to create art with substance, but to help curate substance and inform the public constantly. In doing so, we also get a much deeper understanding of art and everyone wins.

For me, it’s very easy to retain my own style and vision because I lead a life of integrity, I don’t allow groupthink to shape, dilute and pollute my vision, and I spend a lot of time reflecting. Inspiration is simply osmosis of influence, as I see it; everything we see and experience influences us on some level. To strike a balance in my work is a dance between instinct and intellect. On that note, what brought you to choosing ‘Price Bullington’ as a pseudonym? Do you feel that this persona gives you a sense of freedom from limitations you may feel associated with your given name?

You’re the first in the 3+ years I’ve been sharing my work, which has been seen by approximately half a million people online, to even suggest it, and you’re right, Price Bullington is a pseudonym.

We all have different sides to our personality; when you’re with friends you allow one side to shine, when you’re with family another. Different contexts bring out different sides. I never felt I could limit myself to one style, but to express one side fully, I also believe it’s important to have a sustained effort with a specific vocabulary. To that end, having “multiple personalities”, working under pseudonyms, seems to be the only way to avoid being pigeonholed over time. It’s true freedom in a time where freedom is constantly being challenged by corporate ideology, quantification and superficiality. It would be careless to speak to you without asking about the symbolism of gold in your work, a metal you’ve cited as paradoxically both evolved and foundational, and an element from which we have much to learn as a species. What are these philosophical and evolutionary lessons that you’ve both internalized as a person, and externalized through your own art?

Throughout history, gold has been a symbol of power and evolution — it doesn’t corrode and is considered the most evolved metal. It’s the same “color” as the sun which has turned it into an object of religious worship across cultures throughout history. I find it endlessly rich in associations, paradoxes and as a source of attraction. It’s both a symbol of greed and transcendence, stupidity and intelligence. On one level the message is clear: focus on the gold, cut through the noise and meditate on the substance. On other levels it becomes ambiguous based on the viewers personal perception, it transmutes, transforms and transcends my personal understanding and thus defies clear definition. That’s where the friction lies: the desire of transcendence and unity within the flesh vehicle of the body, the limitations of the primal brain and the profound confusion of the times. As a primarily digital artist, how are you able to cultivate presence and human connection in an increasingly distracting technological society?

I’m still working on it. It’s a constant process of adaptation, trying to stay ahead of the game, trying to make sense of the world, metaphysically and otherwise. Sometimes I feel completely alienated, other times I feel connected. I think it was Einstein who said the only way to keep balance on a bicycle is to keep moving, like in life. Balance is the key. I’m always working on evolving my practice, and it’s still in the very early stages like a caterpillar before it becomes a butterfly. In a previous interview you spoke about returning to art a few years after the “real world” seemed to have killed your creative spirit. How were you able to regain your instinct towards creativity after having it suppressed for so long?

It was a process of serendipitous discovery. After living as a professional poker player, living the high life of hedonism with champagne and a relatively fat bank account, I discovered everything popular consumer culture is trying to sell us is a hollow mirage. Then I read the right books at the right time and my journey began. First I read Joseph Campbell’s The Hero with a Thousand Faces, then Robert Greene’s Mastery, and finally the book that made all the pieces fall into place, Eiji Yoshikawa’s epic Musashi. That’s when I knew I had to dedicate my life to art. If the universe inside Price Bullington were contained in one symbol, what would that symbol be?

This is probably going to sound counterintuitive, but I’ll have to say the Japanese symbol Ensō. 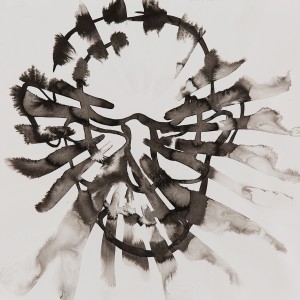 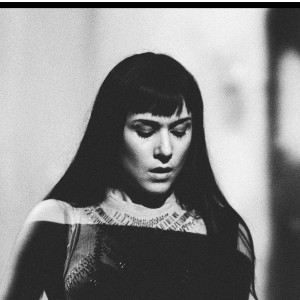