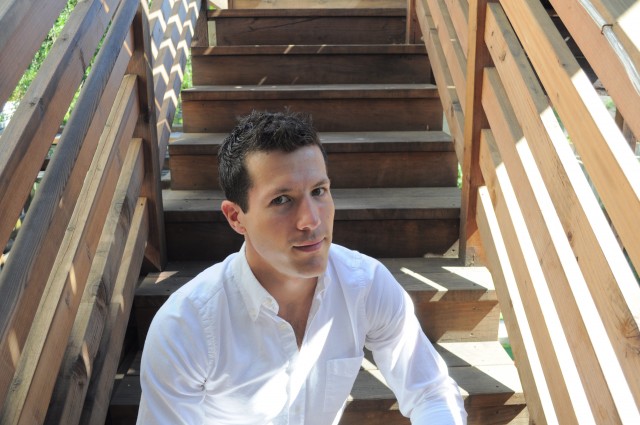 COLLIN CAVOTE: Intuition is a flashlight

COLLIN CAVOTE is an entrepreneur and the founder of Biome, a cleantech company that eliminates air pollution through plant wall installations. After dropping out of business school in 2008, his intuition led him on a five year journey to the rural coast of Washington, into the Arkansan Ozarks, and eventually back to school in a self-designed major at Drexel University. On his winding path he developed a deep affinity for and fascination with the wide-ranging abilities of nature, which defines his current philosophical and professional trajectory.

In 2008, your life came to a turning point. You dropped out of business school and took a brave leap into the unknown. Please tell us a bit about what prompted that decision and how you found the courage to take such a drastic step.

In business school I felt my peers, professors, case studies, and real world examples were using business as a guise for supporting greed. The modus operandi; take human and natural capital, do a little work, and sell it to people for maximum profit. It felt empty. It felt destructive. The more I looked, the more it seemed to be ruining our species and planet. My disillusionment and dissatisfaction with business was the impetus to take a step into the unknown.

I dropped out of school, packed a backpack, asked my parents to take me to the train station, took a 3,000 mile trip from Philadelphia to Seattle, chartered a seaplane to a small island, gave away all my electronics, retrofitted and stayed on an old sailboat, foraged for food, and completely disconnected from every institutional system that I had ever relied on.

It was here that I worked to rewire my brain. It was here that I found my best teacher, nature. It was here I acknowledged that no matter how far I ran, I would never escape our industrialized world. It was also here that I realized the only way to make a change in the world, was to first commit to eventually return to it, and work with what I saw as a dirty and dysfunctional system.  Disillusioned as much as  I was, I also know deep inside that the only way to create change was to first embrace what needed to change- even as much as I dislike that realization. 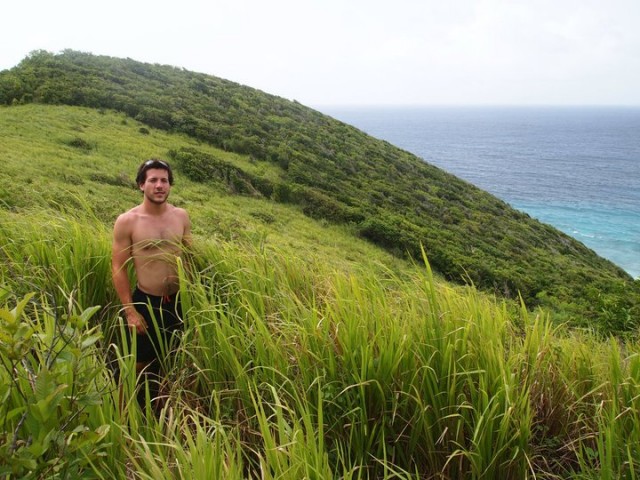 Throughout the years until the project that would become your company took official shape, how did you navigate this new ‘open road’ without a map?

At first, it really sucked. It was not an open road in a convertible with the sun shining down. It was me being blindfolded and taken deep into an unfamiliar forest and left there, alone, with no map. But like it or not, this is what life is like for all of us. Most people never allow themselves to be taken into the forest. It is a choice. I could have stopped it, but I didn’t. I was revolted by the thought of spending my existence with someone else’s map.

Two related exercises help me think about life without a map. The first is very simple. Take the number 100 and subtract your age. If you’re lucky, that’s the number of years you have left on this planet. That’s not going to change. Only you can change what you put into those years. The second part of this exercise helps me understand what I want to put in those years. It’s called ‘A letter from the Future.’ Now imagine you’re 95 years old and writing a letter to your current self. What are sad about? What was the best thing you did in life? What are you proud of? What do you miss?

I think intuition is what guides us, moment to moment, through the dark forest. Intuition is a flashlight we can shine on our surroundings. We all point the light in different directions and see different things. Intuition illuminates our surroundings and guides our journey. Making decisions based on intuition is scary at first, especially if you haven’t relied on it before. But intuition learns from past experiences and gets more powerful each time it’s used. It’s a key tool in life that helps in the journey of navigating to your dreams. 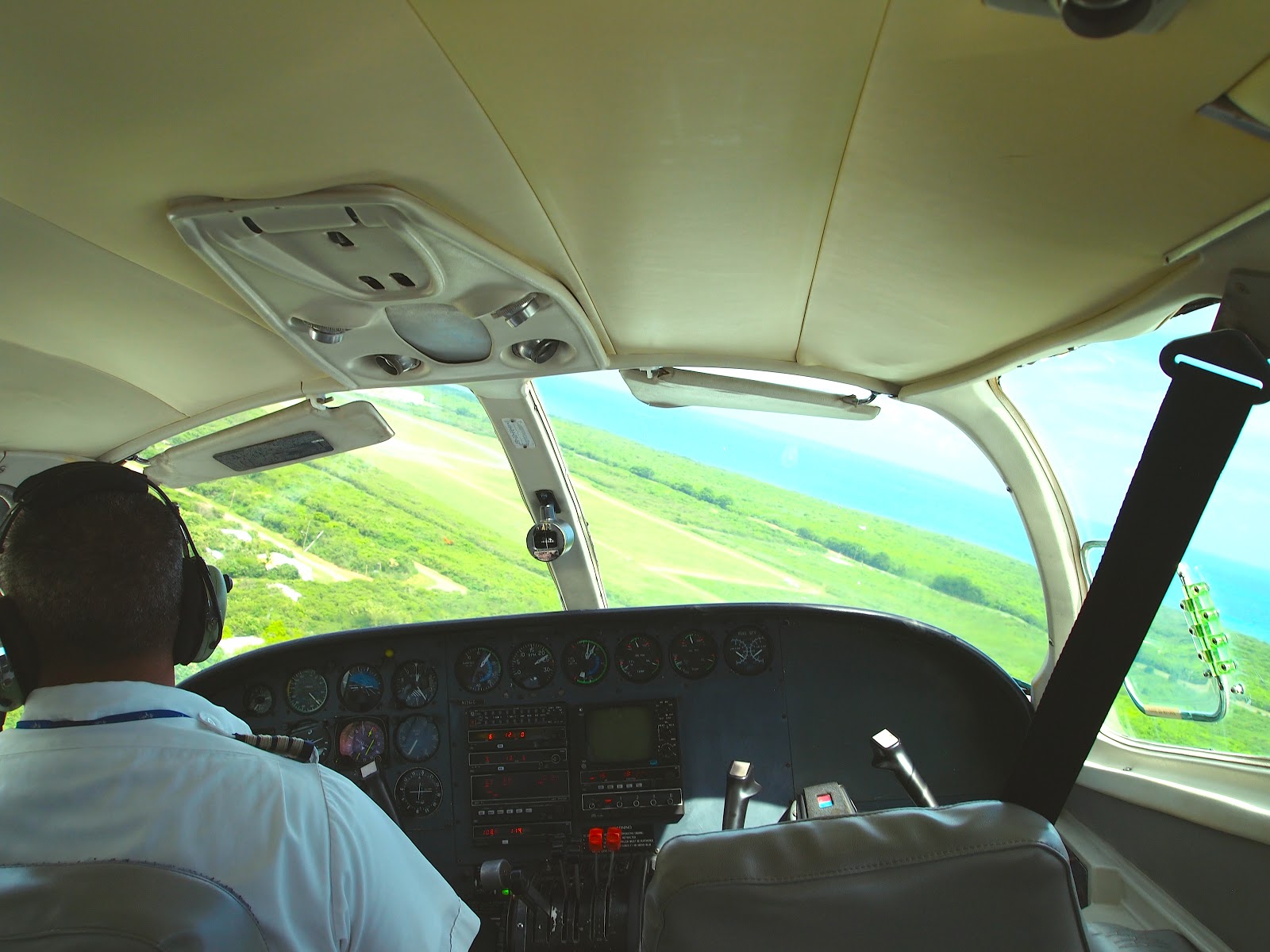 Your company Biome is devoted to ‘developing technology to harness nature’s genius;’ in a world in which man seems to be becoming overly dependent on technology it’s heartening to see a company using tech to enhance the natural world rather than annihilate it. You’ve spoken about ‘bringing our civilization back to its roots without sacrificing our progress;’ could you please tell us a bit more about that?

Intuitively, most people know that extremes are undesirable. Hot-Cold. Rich-Poor. Technology and nature are on a spectrum and they’re no exception. They are highly polarized at present. I think western culture has been preoccupied with technology for technology sake. Like a child with a new toy, we have allowed ourselves to become obsessed with the bright and shiny. We have done a poor job asking what our technology is facilitating.

I’ve slept in dilapidated shacks without heat, shat in holes in the ground, and wondered where a next meal will come from. I’m not suggesting people go back to that. But I am suggesting that western society has forgotten that we are organisms that need nature. Nature is not just food. It is an environment. It is a community. And if the world needs anything right now, we need community. Modern life does not need to be a concrete jungle with poor air quality and high stress. That is the result of forgetting nature.

The challenge, like with all spectrums, is where to situate ourselves. How do we properly integrate technology with nature, to create value? The guiding philosophy I’ve fostered at Biome is to use technology to help nature do amazing things even better. By updating and thoughtfully modernizing nature with technology, I believe tremendous untapped social and environmental value will be created. 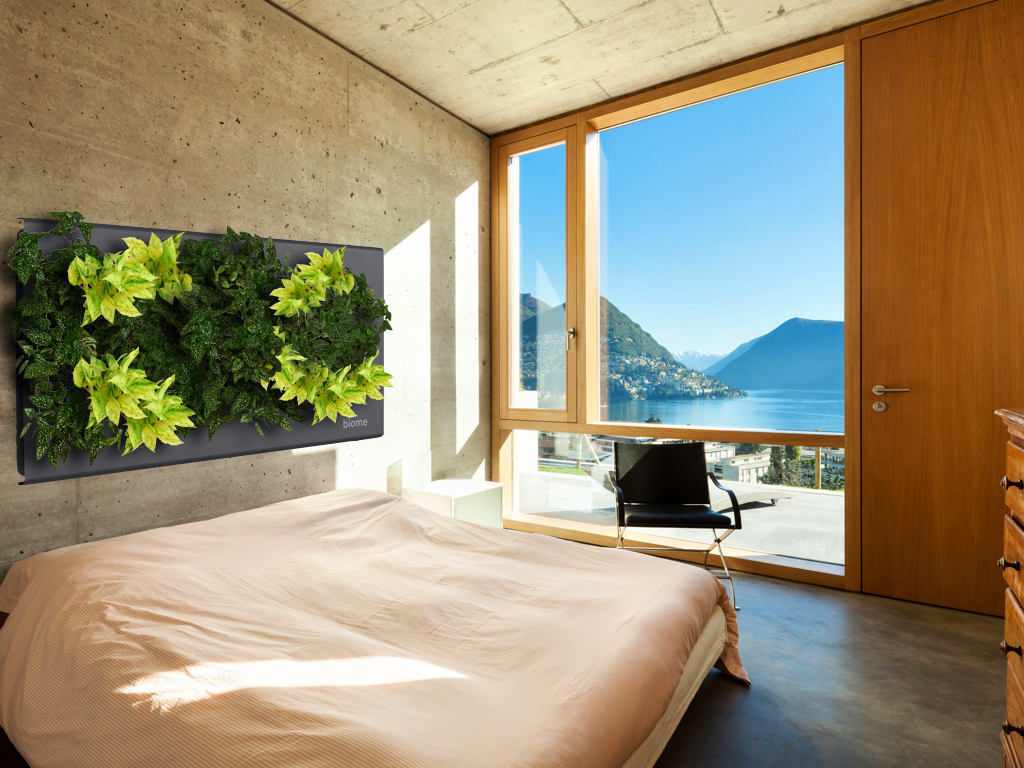 Along your journey you had many uncommon personal experiences.  The one that particularly struck us was the 5 months you spent off the grid in the Ozarks. We’re fascinated by the fact that you were largely focused on very specific physical task during that entire period. Can you please tell us a bit that experience? How did the isolated environment affect your consciousness?

Ever since my first experience working on farms, I longed to practice a way of life that was more creative than farming, yet still technologically primitive. I found this in pottery. There is something beautifully honest about taking Earth and heating it with fire in order to create a new category of material: a material that transformed humanity by allowing us to to store food and water, to develop society.

After studying with a Florentine master craftsman in Pennsylvania, I committed to apprentice one of America’s most traditional potters, a man named Joe, who, decades earlier, had isolated himself in the rural Ozark Mountains of Arkansas. My apprenticeship was a very ceremonial, traditional, experience. We fired a replica Japanese Anagama kiln, a monumental furnace measuring eighty feet long feet long and built on an incline into a hillside. We harvested wood from the property to fire the kiln; trees that fell the year prior from high winds. Clay was dug from select locations on his property. It was pretty damn sustainable.

After four months of preparation, we got dressed in ceremonial attire, lit a small fire outside the kiln, and after a short sake toast, the firing began. Three more ceramicists arrived the day prior from as far away as Colorado and Michigan to help us. As a team, we fired for the next 250 hours, day and night. Each shift lasted 6 hours. There was no technology to guide us or distract us. Hour after hour, we listened to the fire’s roar. We learned to know from the sound of that fire’s roar exactly at what second it was hungry for more wood. I learned to hear it’s dull gasping for more oxygen, and provided that oxygen. At night, the kiln fired differently. It had a personality. It was alive, yet, not. This rhythmic breath of fire taught me that there are cycles and processes in our universe that humans do not yet understand. I learned that nature is significantly more complex and intelligent than man likes to admit. 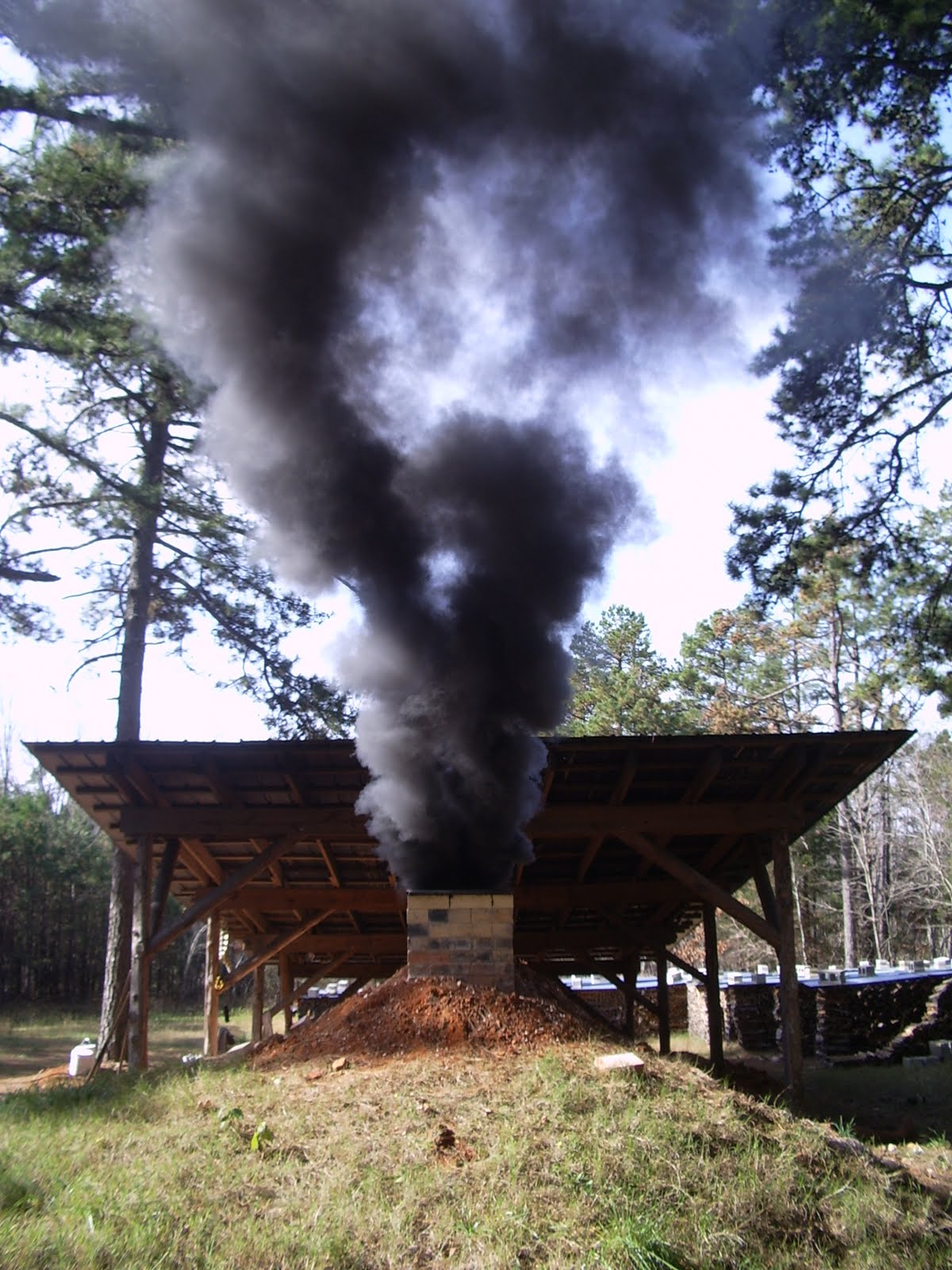 In ‘next level’ thinking, people who work closely with plants often state that they feel certain that the plants communicate with each other energetically. What are your thoughts on that subject?

Plants are thought of as simple because their complexity is overlooked. I find it incredible that humans have 18,800 genes and rice has over 30,000. I mean, could you sit in a puddle of cold water for months and produce edible seeds with nothing but sunlight? Plants have incredible degrees of adaptation but humans are not very good at noticing it. We’re programed to see a lion running towards us. We’re not wired to notice how plants in a forest communicate with one another through chemical exchanges in their roots and leaves.

I have seen and experienced a large spectrum of the life-cycle of plants. I have foraged wild foods, grown backyard vegetable gardens, picked crops on organic farms, served plants at farm-to-table restaurants. Plants have been a huge part of my life. Plants undoubtedly communicate with one another. But that’s not even the half of it. Plants have immunity to external attacks. They have sensory systems that can guide their growth towards a support structure. Plants can even share nutrients with one another through their root systems. The life of plants is miraculous and studying them offers a fulfilling career with unlimited potential. 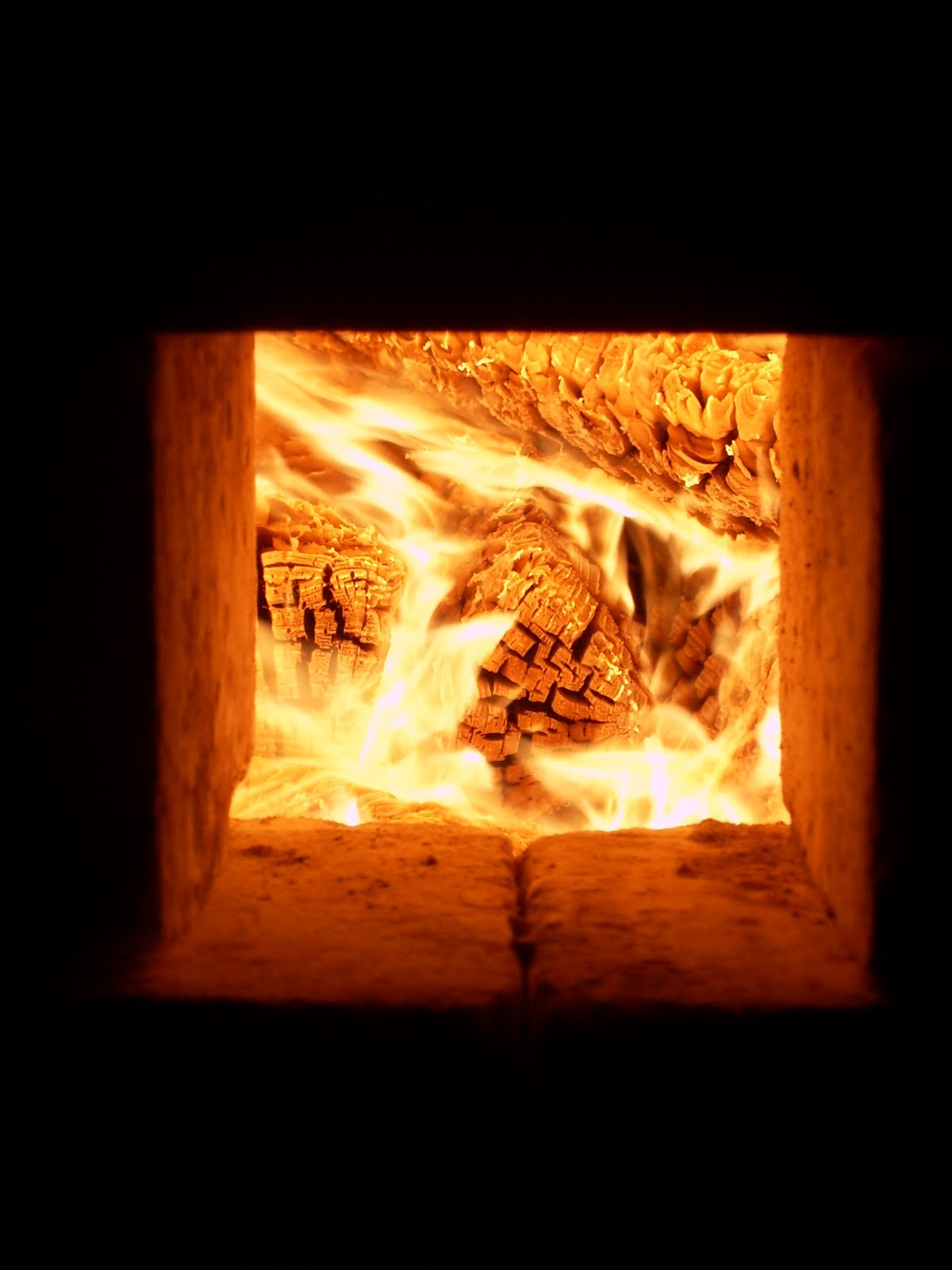 You’re clearly a maverick. How do you stay true to your beliefs and vision without succumbing to mainstream thinking and opposing special interest groups?

Thanks for that. I think there are three parts. First: become aware of your beliefs and vet those beliefs through fully challenging, questioning, examining, and shaping those beliefs with yourself until you’re confident your beliefs are your own. The second part: don’t care what other people think about your personal vision. The last part is learning to integrate your fleshed-out vision back into the world.

When I first jumped ship back in 2008, people thought I was nuts. It required a deep sense of trust that the beliefs and vision I had manifested were valuable. Being a rather skeptical person, I knew by 2008, I had vetted my beliefs pretty thoroughly. Vetting beliefs is very important since misinformation is prevalent in our world. It’s so easy to have unintentional or uninformed beliefs. With highly vetted beliefs and vision, I felt confident that I didn’t need to be understood by my family or peer group or anyone. My only job in life was to move forward with my vision, and to continue humanizing myself with my place in the world.

When I returned to higher education in 2013, I wrote and then completed the first undergraduate curriculum in Biomimetics in the U.S. I say this because an essential part of being a maverick –  is learning to integrate your alternative beliefs and values into the mainstream. It might feel like selling out to the mainstream, but it’s vital to share your maverickness with the world. The problems of our times require a network of mavericks working together towards that integration of mainstream society.

One word to describe the future as you imagine it: 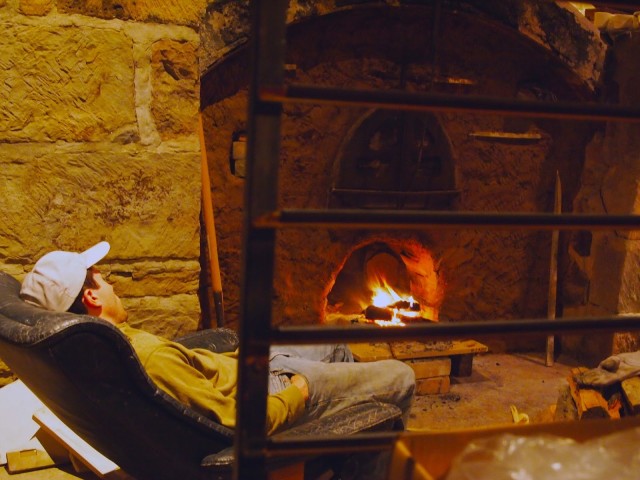 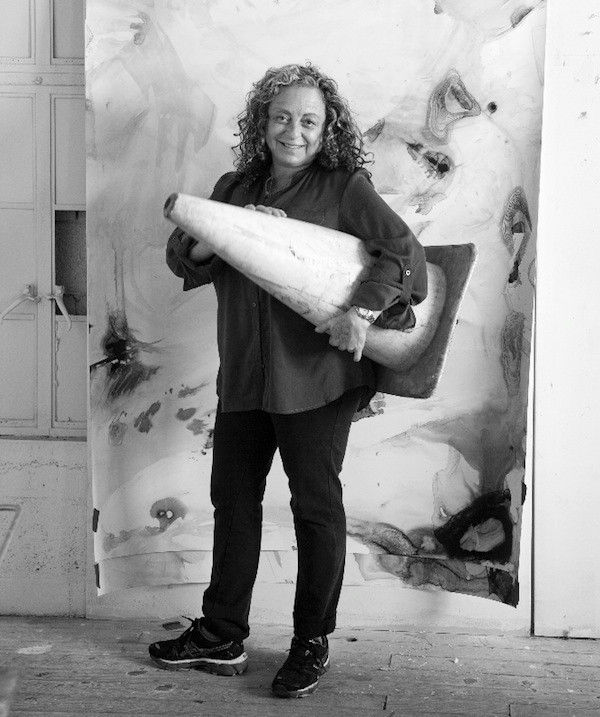 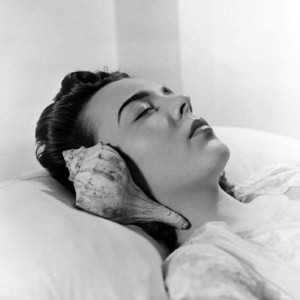