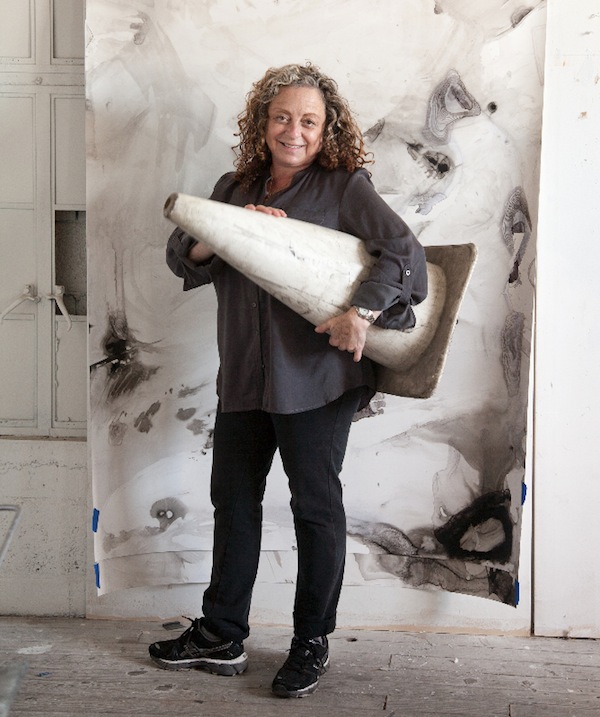 Sara Stites in the studio

SARA STITES is an American artist originally from New York. She has a BFA from Syracuse University and an MFA from Pratt Institute. The primary focus of Sara’s work is mixed-media drawing – engaging a discourse with conscious and unconscious marking – while also working with collage and paint. Her work has been exhibited extensively throughout the United States and also in France.

You seem to have a very inquisitive nature. Were you creative as a child?

I think I was more of an observer as a child. People’s variation in stance depending on their position in society or feelings has informed my work even when it was much more abstract. My mother and younger sister are also artists so a creative atmosphere existed in our house. I was an avid reader before starting to draw in a focused way at about thirteen years old.

It might have been the progressive attitude of the time but my mother has always been proud that she didn’t try to influence us to be anything. I don’t remember organized art projects. However, there were Matisse and Picasso images (as well as Braque, Giacometti, Dubuffet, Millares, Poussin, and others) pinned to her studio walls. .

You’ve said that one of your aims is to ‘bring conscious decisions into closer contact with unconscious ones, and vice-versa.’ Please expand upon this.

I seem to slip fluidly into a subconscious state while in my studio working. I “set the stage” by making decisions about color range and materials before I begin. And lately, working in deliberate stages, I will create a background within parameters but with enough possibility for the unexpected (drips, pours, wipes) that I jump in to my private world even in the first step.

What follows is a free-floating time of looking until a witness or main character asks to exist. From there, if things go well, a narrative in a setting becomes clearer. 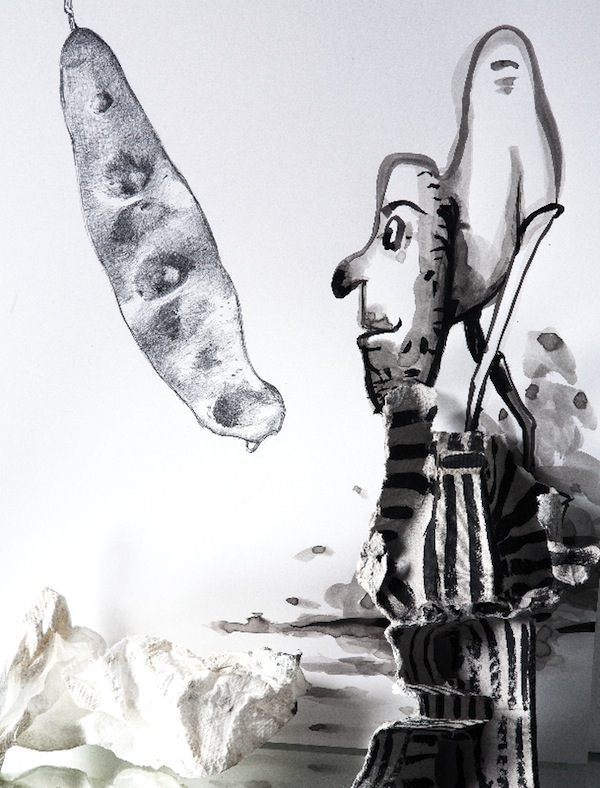 Tell us about your interest in light and shadows. Was there a particular moment that triggered this?

I’m fascinated by the way shadows can appear to be solid forms when placed (by manipulation of the light source) next to actual grays made with pencil or paint. They deceive and mystify, but also define the story I’m constructing as I, the primary viewer, begin to understand what’s emerging.

To what extent do Modernist techniques such as stream of consciousness, automatism, and dream exploration play a role in your work?

References to Modernist techniques coexist with classical as well as current forms of mark making in my work.

I use free association, or automatism, to find the characters in my narrative. I don’t consciously bring dream imagery to the work but I am aware of dreams. For example, basic feelings of wonder, loss, and confusion will get explored in the notebooks. If one of those “sketches” captures the feeling particularly well, that same figure may determine the stance or some qualities of the figure in a more finished work. 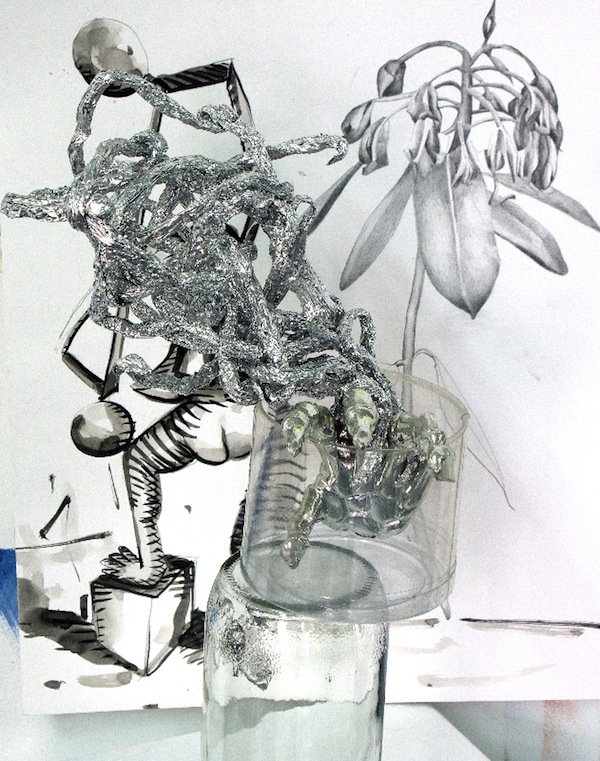 One of the goals in your work is to create a moment of revelation in the viewer. Why is this important to you? Was there a particular revelatory moment in your life that inspired you creatively?

I have always been interested in the way we act as if we have evolved from being cave dwellers to the present while our most basic needs for fulfillment, like sex, love, warmth, lack of hunger and a sense of belonging mimic those of our ancestors.

Most people shy away from unsettling, uncomfortable topics in art because they remind us of what we keep hidden. For me, this is the moment a viewer may be available for further reflection. But it is not just the topic of the piece, it also involves an honesty in the mark, in the hand of the artist.

When and where do you feel the most creative?

I always have a notebook nearby but when I enter the studio, I pass through a portal to a private world of subconscious images, a self discovering process that is effortless and feels “out of time.” 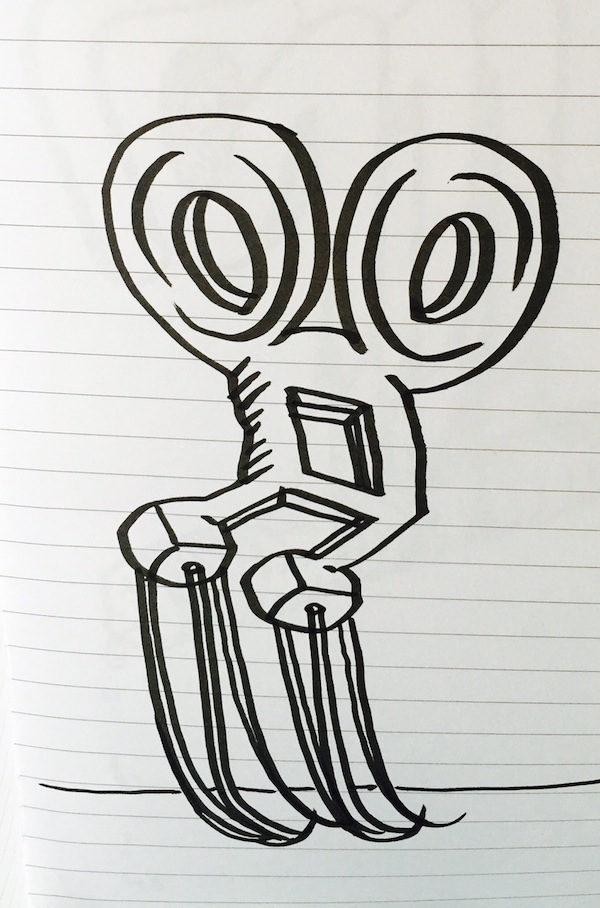 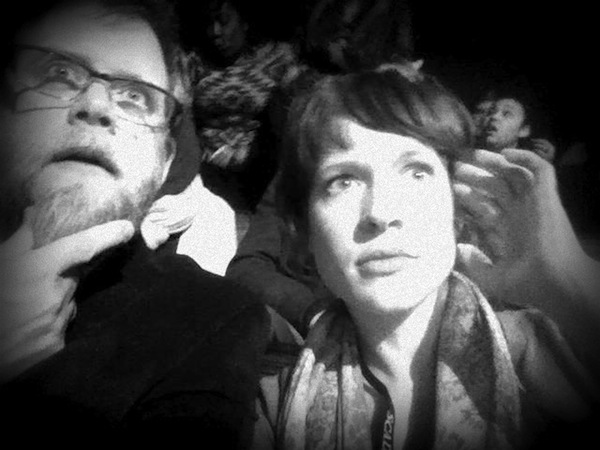 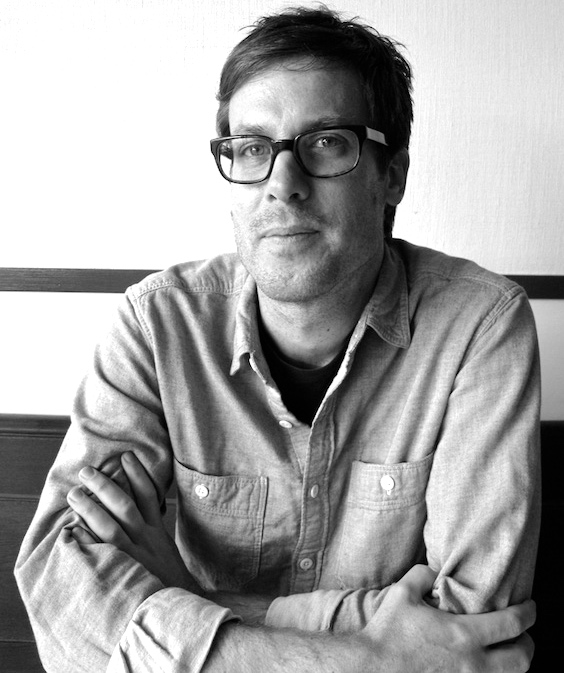