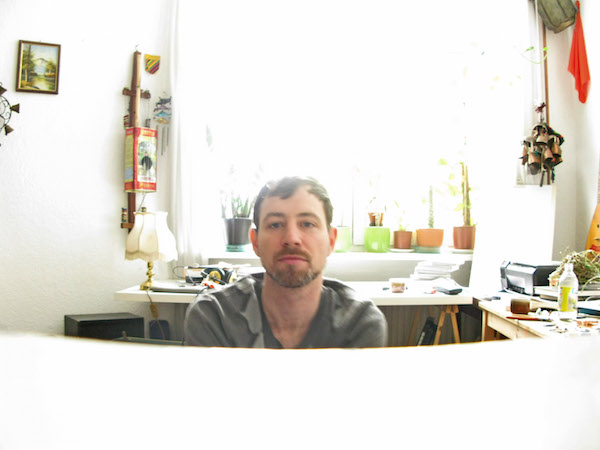 AARON McCONOMY: Half-formed mythologies of self

AARON McCONOMY is a multidisciplinary Canadian artist raised in the natural surroundings of Alberta. He studied Fine Arts at Simon Fraser University before going on to study photography at Dawson College. His diverse works – which have been extensively shown in Montreal, Toronto and LA – are concerned with poetic connections between ideas around nature, power, predation, infection and habitat. 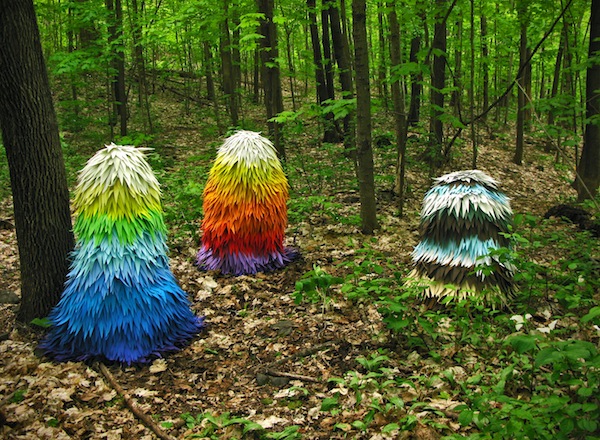 Interview by Will Kitson & Emeline Loric

Nature plays such an important part in your work; I imagine it must be an intimate part of your personality. Did you grow up in a rural environment? What role did nature have in shaping your creative self?

It is but I keep moving to cities and living in cities. There’s a lot of push and pull in how I relate to rural space. When I’m in them I feel proper; like I feel like a proper animal. In the city there’s something off. I suffer a lot in urban spaces largely because they’re overstimulating and badly designed. They aren’t really designed for living things. In fact, they are actively hostile to anything alive that tries to get a foothold. I didn’t have the problems I have growing up and spending most of my time in the woods. I have to remind myself that I have to go to the woods and check in pretty regularly if I’m going to feel right. 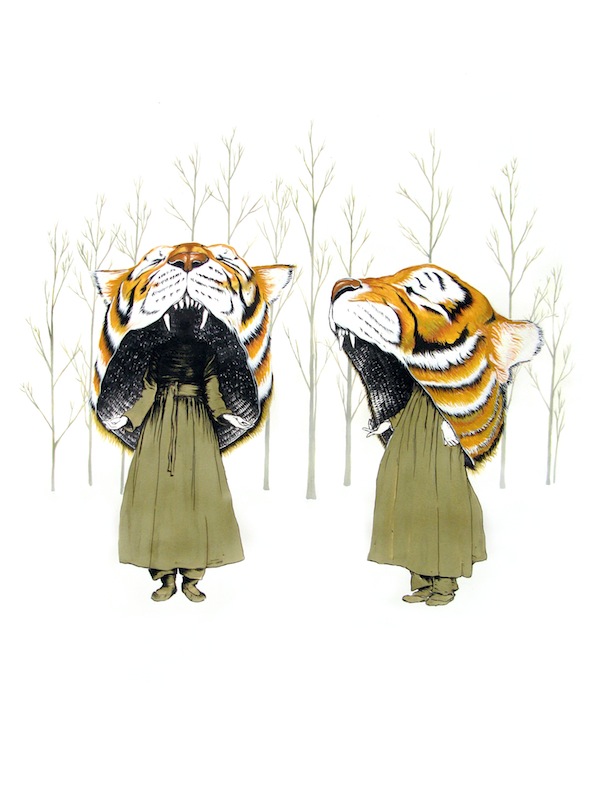 Tell us about the role of symbols in your work.

I try to find symbols I don’t quite understand and see what happens when they are put into a relationship with each other. Sometimes they just resolve too easily and it’s a bit of a let-down. The good ones can maintain this dynamic tension, like an unstable attractor, that can draw you in but not quite resolve.

Much of your work is concerned with the idea of self and identity. Please tell us more about what areas of these topics interest you specifically.

A good friend of mine has all of these problems. His microbiome has basically gone haywire. So all of these communities of oranganisms that we, at best, take for granted but more often consider abject and disgusting are now in this misfit relationship with each other and with his body. And it affects all kinds of things, his mood, his thinking. And it makes you think. Was the reason I wanted chips just now my desire or the desires of the conduit yeast that have this ecological relationship with me? Candida can do that. It can stimulate cravings for the kinds of simple carbohydrates that it needs for its metabolic processes. The same way toxoplasmosis can make mice attracted to cats. Instead of being afraid of a cat the way a proper mouse should be a mouse with toxo will want to go right up to a cat. So it raises all of these questions about identity. Am I something that exists somehow separated from all of these other communities that can only exist within me or is it more that the self is always plural. What’s unique is the particular relationships between communities within the boundaries of a body and how all of those communities work together as an ensemble. The self then becomes less about me and what I want because what I want is just a story that my prefrontal cortex is making up about some information from all of these different communities that inhabit me.

There’s that particularly nice word Deleuze uses sometimes, ‘agencements’, to describe this assemblages of interrelated and desiring agents. It really doesn’t have an equal in English. But that idea that we are these ensembles of desiring agents from which an idea of self emerges intuitively but perhaps incorrectly is interesting to me. Or us. We’re interested in this idea, the toxo, candida, mitochondria and I. 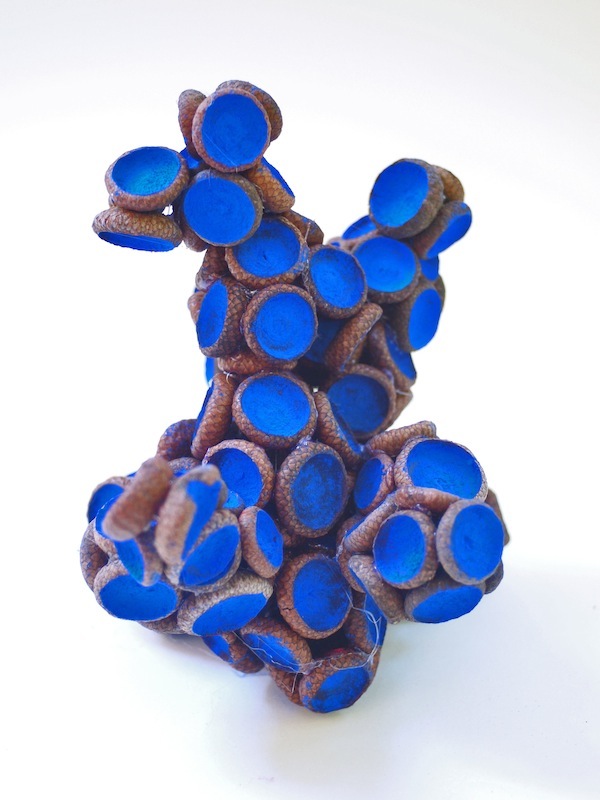 One of the overriding themes of your work is drawing parallels between mankind and nature. Tell us about how your creative process helps you to better understand this connection.

I don’t know if I’m drawing parallels. It’s more not feeling anything for those dualisms that define western thinking after the enlightenment. Mind/body, nature/culture, self/other. Descartes can suck it. I can’t really find anything meaningful in those ideas. I’m more interested in ideas about infection, symbiogenesis and niche creation. How a mitochondria is eaten by some amoeba and instead of becoming a meal finds itself in an environment that is better than the niche outside its would be predator. The infected predator then becomes more able to move with the energy given to it by the mitochondria. And bam! you have eukaryotes, multicelluar organisms that are assemblages of other communities that then form these other communities.
So the idea of people being separate or somehow different than nature is weird to me. It’s more that I’m trying to get at these different kinds of symbioltic or parasitic relationships and how they produce behaviour or forms. 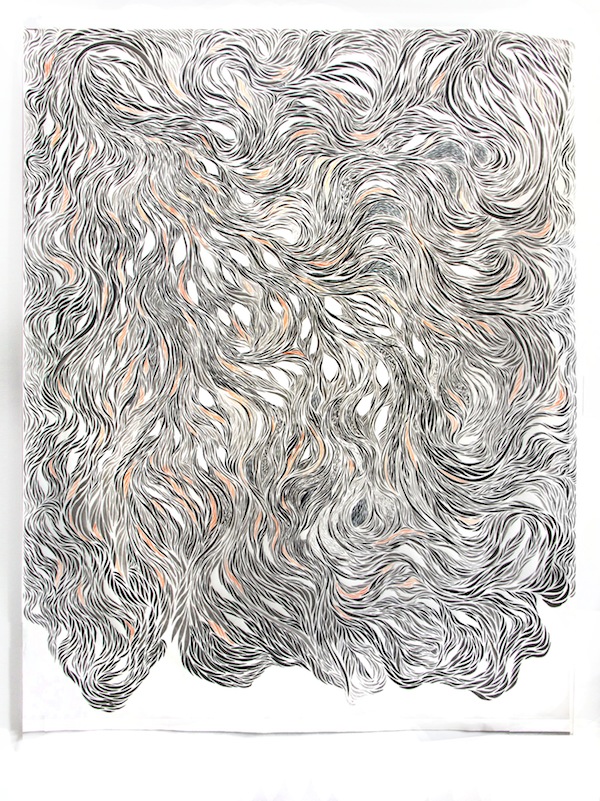 You also use mathematical models in your artistic work. How do you see a connection between these seemingly disparate subjects?

At some point I got frustrated with symbolism. I felt like I wanted to get at systems or at the system level of abstraction more than the metaphoric levels possible in a narrative image. Models do that. Models are just metaphors for systems. There’s a kind of beauty there, especially since you can watch the dynamics unfold in front of you.

Unfortunately most of my programming skills are pretty rudimentary so I usually find it easier to use my body to compute the problem rather than write it out as formal code. I also find pleasure in that kind of repetition. When you give yourself over to a process and it kind of swallows you up for a while.

A place where you feel most comfortable and creative …

It’s not really a place. It’s a state. It’s that flow state that you get to when you’ve pushed into a place where all the concepts and materials and processes you need are just immanent and all you have to do is just reach out and what you need practically falls right into your hand. That state seems to happen in all kinds of places but it’s challenging to set up the conditions that let it happen. There’s a lot of work to get there.

If the universe inside Aaron McConomy were contained in one symbol, what would that symbol be?

Maybe that first eukaryote. The first animal cell where mitochondria find a home. Or the first plant cell where cyanobacteria became more able to focus on the business of becoming plants. I’m very interested in those communities within communities. Symbiotes within symbioses. Agencements within agencements. How relationships produce forms seems to be what I keep coming back to. 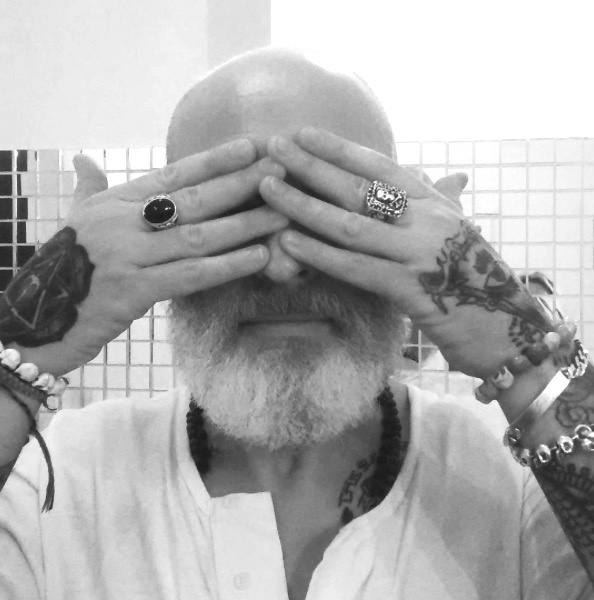 Play From Your Fucking Heart | A Conversation with Jerry Hyde 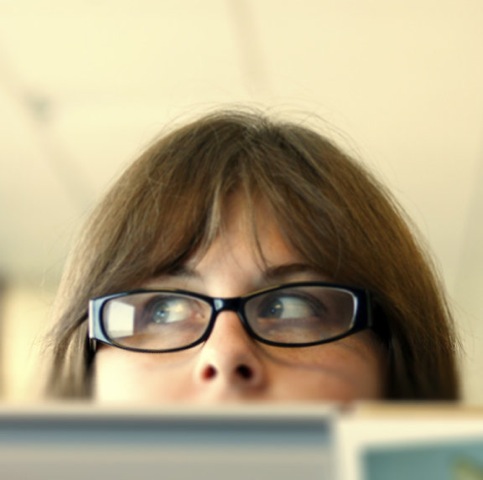