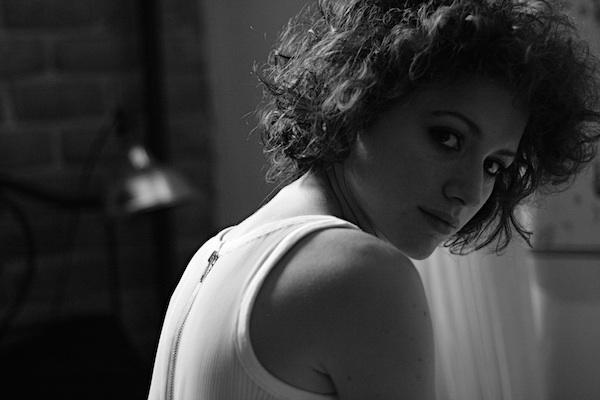 In response to many of our readers expressing that fear often blocked their creative flow, Seymour asked a variety of entrepreneurs and artists to share their experience in their own words.  Discover how they get over anxiety and self-doubt and find the strength to move forward with their projects.

MARIA MOCERINO is an American writer, performer and teacher living in Paris, France. After graduating from New York University in Art History and Theatre, she was a curatorial intern at the MoMA in the department of media and performance art. From 2009-2011, she attended from the Ecole Internationale du theatre de Jacques Lecoq In Paris. As a performer, she has collaborated with the Guggenheim, the Louvre Museum in Paris, The Bronx River Art Center, and performed in Andrea Geyer’s Comrades of Time for the 2012 Whitney Biennale. Currently she is working on her project Storyguides: Paris, a virtual interactive map that takes the reader on a journey through the city using stories as markers. Website coming soon!

The Moment of Truth

I was back stage going through the lyrics over and over in my head. Back and forth I silently paced behind the curtain as rounds and rounds of laughing and applauding were rolling over me and pulling me in like a current. Here I was at the final performance, the last soirée of my two years at the prestigious Ecole Jacques Lecoq theatre school, and I had nothing to show for it.I hadn’t found my clown, which was one of the reasons why I came to this school, all of my songs I proposed were rejected, and I wasn’t in a single piece.

Earlier that day, disheartened, my classmates had encouraged me to “just do another song! Don’t lose the spirit!” “Yes, you’re right.” I put out my chest. I’m just going to bypass the teachers, and fucking sing. When I opened my closet, I found a white jumpsuit and patent leather shoes waiting as if they had been for my entire life.

Elvis Presley. “All Shook Up.”

I had spent the whole day trying to memorize this fucking song. “I’m itchin’ like a man in a fuzzy tree?”  That doesn’t even make any sense.

I get up on stage that night like a horse ready to charge. My heart’s pounding to rectify my trimester of failure. I triumphantly jump onto my two feet with my back to the audience. The band starts playing that swingy beat. My hips sway. The audience is into it. I’m a short cute chick dressed up like Elvis.

I spin around with gusto. Spotlight on Elvis. My mind goes fucking BLANK.

The audience doesn’t know what to do, to laugh or look away.

We did an exercise earlier in the trimester in which the clown gets up to perform in front of an audience and something…goes wrong. Meaning, you forget the lines, your pants fall down, or you straight up lose your pants somewhere, or you knock out your dancing partner by mistake. But, as we all well know, the show must go on, so the clown has to figure out a way to keep on going which could/should end in a deliciously catastrophic display.

In class, I forgot the words to I Will Always Love You in a purple satin dress and a bow in my hair. It was one of the only moments when I felt like I touched my clown. Now, on stage as Elvis, not even trying to be a clown, I forgot all the words.

I missed a golden opportunity.

I got off stage with a head rush. I felt like I had just been taken on a ride. What the fuck just happened? My legs felt gooey. My face felt sore. The tyrant in me wanted to berate me, the little girl in me wanted to cry, but my body felt exhilarated. Flabbergasted and shaken, I ran up to my friend, barely getting the words out of my mouth. “Did you hear that?” I started to ramble, “It was just like the clown exercise… I forgot all the words…I didn’t even realize that I am such a…” I was laughed so hard I couldn’t stop. My friend shook his head at me, “…clown?”

When we first tackled clown, even before putting on the red nose, we got up in front of everyone made ourselves laugh. Some people slapped their faces, some just stood there, scratched their butt, whatever. It was stupid.

I walked out on stage and my first instinct was to smile. I always smile and at the time I thought that was my most open self.  Well, I got shut down. My teacher, so annoyed, said, “that’s defensive, sit down.” It took me a while to realize what he meant.

With all the mask work we did, I began to understand how many masks I was living behind myself. I had to forget the lines to understand that.

I started again pacing back stage with so many ideas rushing into my head of all the ways I could have taken advantage of not knowing rather than masking the fact that I didn’t know what the fuck I was doing.

Besides, I had just spent the last two years at Lecoq where we never knew what the fuck we were doing. Or at least most of the time. For those of you who haven’t heard of it, it’s a physical theatre school in Paris. Generally if someone vaguely knows about of it, they usually say: “that’s the clown school right?” or “don’t you guys do mime…?”

The curriculum, especially in the first year, was kept a little under wraps. You could read books about the school, the second years could give you a little pearl of wisdom here and there, but there was a general consensus that not knowing was an integral part of the creative process.

Reminded me of how my father first taught me how to ski when I was about 7. He took me to the top of the mountain, showed me the basics: slow down, speed up, stop. He took away my poles and pushed me down the mountain. I wouldn’t say I was pleased with the situation but it taught me to trust my instincts. “The ride,” he said, “is ultimately yours to figure out.”

I tumbled and stumbled down that mountain. I ate some serious powder. It was at that tipping point, when I was about to lose my balance, where I would resist the fall. That only made matters worse.

In class, we would all be seated on a bench all in black facing an empty room. The teacher would get up, talk a little about the theme we would be exploring then say, “who’s first?”

Everything we did was improvised and we were often alone on stage in class.

One of the brave ones would rush up onto the stage, taking the first fall for the rest of us.  If you didn’t want to get up, no one was going to force you to get up.  We would all notice however, when someone started to freeze on that bench and retract into the darkness; that deceptive, protective, safe place of fear. One of us, some of us, all of us, like a sports team would spit out motivating quotes from our teachers, “the desire must be stronger than the fear.”

That’s the clown. That’s you. You want to fucking do this.

And the teachers ripped us to shreds. They had to because fear, all those layers were only holding us back. It was about the work, not about you. “You’re never going to get it right, just DO something.”

About a year out of school, I was babysitting this two year old. She was going through her “let’s knock everything off the table” phase. She was giggling with delight. I was about to lose it. Finally, I just gave up and sat down and watched her. I observed her see the object on the table in front of her and then knock it off the table. She looked at me with this “whoa!” expression on her face.  There was no mask no be found, only curiosity. I said, “what?” She looked down on the ground and back up at me with big innocent eyes. I was witnessing a child discovering gravity for the first time and unabashedly so. And I got to discover the amazingness of gravity again.

Our clowns invite us to look at the world with curious eyes, before all our knowledge–masks– shaped our identity and our world. Fear, in terms of creativity, had everything to do with me, and nothing to do with my work. That little girl showed me it actually takes someone really smart to play stupid.  It takes courage to fall on your face.

I am not a clown by profession. I am a writer, I guess, but that’s not really who I am. I am a human being trying to connect with my human experience, not disconnect, so I can better communicate and share with others. I try to live like a clown. It reminds myself of something very simple but crucial. Be curious and generous with others. Inspiration is everywhere. Then I go to work. I try stuff. If an idea doesn’t work, it doesn’t work. Our ideas as well as our fears are not so precious.

Of course we have fears, any endeavor that requires the human heart will take you on quite a ride. The line between fear and thrill is a thin one. Falling in love, the creative process. It’s all the same. 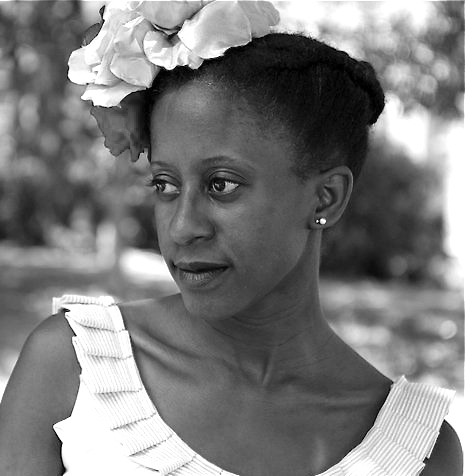