PEPA PRIETO is a Spanish born artist currently living and working in New York. She has studied Fine Arts at the University Complutense, Central Saint Martins, and Esscola Massana. Her art is exhibited around the world and her works, ‘A place to get lost’ and ‘The colour of where you are not’, are soon to be shown at The Walter Marciel Gallery and The Slowtrack Gallery respectively. On top of all that she was a professional snowboarder between 1989 and 2005. Pepa was a Spanish half-pipe and slope style champion for several years, part of the Spanish Olympic team and has been ranked 16th in Europe. 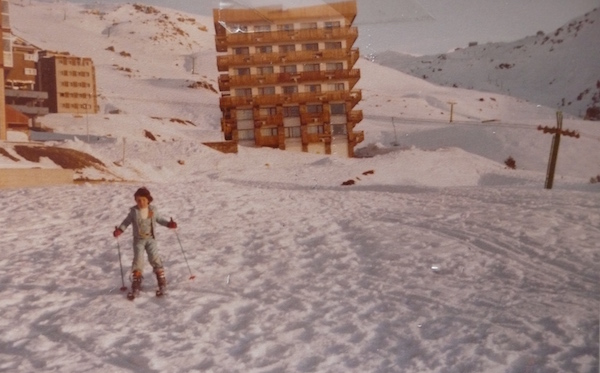 Personal history and context are very important in understanding my work as an artist and my life as a professional snowboarder. I should explain my background a little as I think the two are tied.

I was born in Granada in the oldest part of a neighbourhood called El Albaicin. Historically this is an area heavily influenced by the Arabs, Jews, and, of course, the Catholics, as well as being traditionally crowded with artisans, artists, and musicians. Geographically speaking the city of Granada is surrounded by the Sierra Nevada mountain range and the Mediterranean Sea. Its highest point is El Mulhacen, at 3478 meters above sea-level and the highest point of continental Spain.

I was apparently a very physical baby, interested in observing what was going on around me instead of sleeping. My early memories are tied into the need of finding my own world. I shortly discovered that I could do it through painting, drawing, and writing a visual diary; but by imbuing myself into them I could obtain a strong sense of place and expanse; I could feel free to empty out my inner world. Using narrative and memory has been the core of my artistic work. But at the same time this was not enough for me as I had the urge to move.

I soon fell in love with the mountains; to be in nature gave me an enormous sense of peace and freedom. The ability to discover and interact with the mountains, to observe them closely, helped me to grow in a way that I hadn’t been able to with my painting. With them nothing was really eternal as they were constantly changing.

So I knew my life was going to be tied to these two worlds. There was simply no choice for me. I needed both.

It was then just a matter of how to combine them both and how to convince my parents that my second new obsession had a name … ‘Snowboarding’. 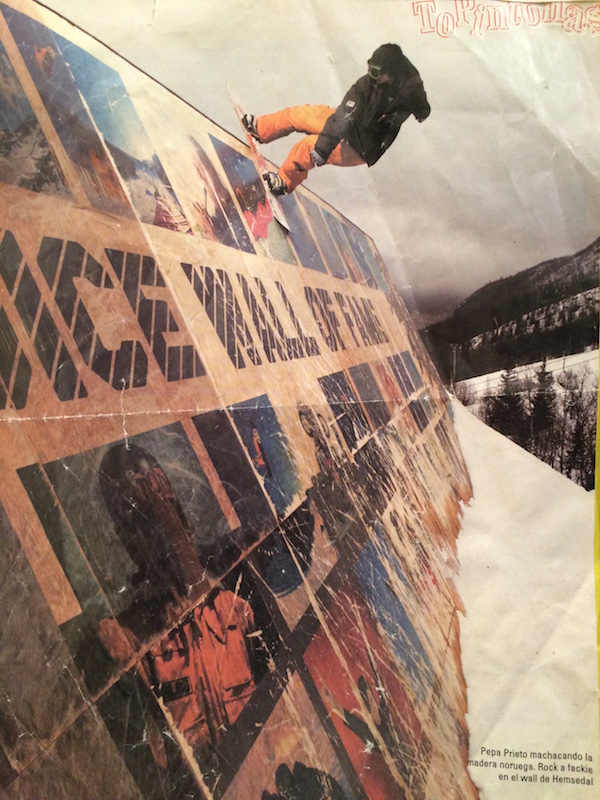 I started snowboarding in 1989 at the age of 14. It was the very beginning of the sport in Europe. I saw it on TV and then had to wait a couple of years until I was able to get hold of a snowboard. I soon became hooked on it. It represented all I was looking for: a sense of freedom, risk, adventure, something that was new; in other words, a full world to discover.

My snowboarding career developed in the most organic way: I made a group of friends that were all fanatics about snowboarding, so we started doing whatever was needed to advance and to travel to other mountains: 24h bus rides changing buses 3 times , sleeping anywhere … we soon started going to competitions all over the country and around Europe.

A new world opened up. I then started to win some competitions and soon after the sponsors became interested in me. At the beginning there was no money in the industry but after a couple of years the sport started to grow and things started to get much more serious. I then become professional. In my late teens and early twenties I was traveling all over the world. I had a lot of time sometimes in between so I always carried my pad and would always be painting or drawing.

I think the closest links to painting tie back to one story in particular. In Argentina, at a mountain area called Las Leñas, I remember summiting the peak, and just before taking my run a thick fog rolled in. I couldn’t even see my feet or board. In cases like this, you pick your line more or less before you descend. This means you need to visualize, analyse and make a decision on which path you want to take; from the top of a mountain you can’t see the bottom. I think of this in connection with painting – that somehow you have to fish back through your memory to your instincts to make it. As a matter of fact, it is a perfect metaphor. So often during the creative process, I get clouded over and lose the ability to see even a few steps down the line. That´s when I tune into my subconscious, touching on things I know and can feel. The production of this really helps to see me through, not just in the painting itself but as an expression through life in general. 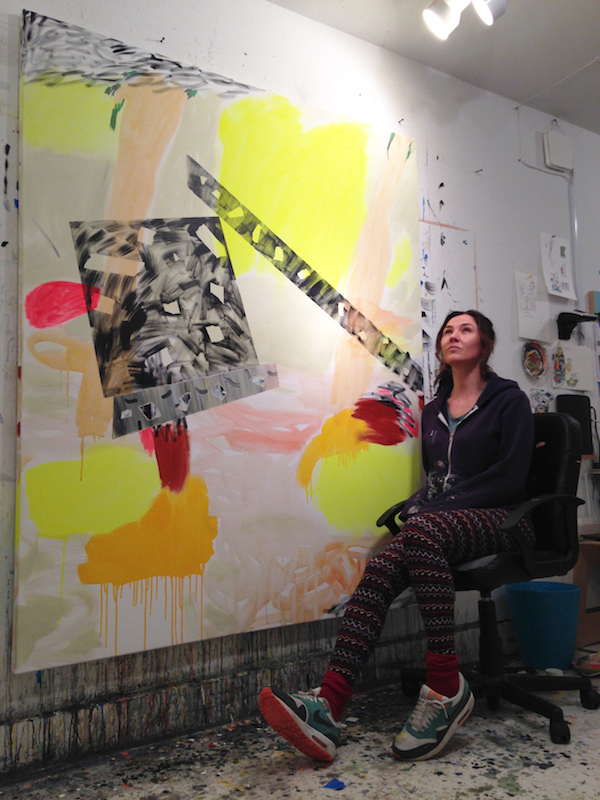 Pepa in her studio

I understand Art and physical activity as primary things; the need for all humans to connect to one place. Now, more than ever, we are physically detached which is a consequence of all this new technology. Painting brings us back to a raw primal place; snowboarding, as any physical activity, does as well. It reinforces all our natural senses that I think start to rust once we begin developing as adults. Snowboarding was key for my development as a teen and taught me most of the things I now apply to my art career and to my own life.

As a professional athlete you have to deal with pressures; learning to understand them and being able to grow gave me a sense of stability and freedom in life.

Snowboarding, like making art, has taught me to be present in the moment and to truly love and share what you do with others.

With hard work, patience, and a lot enthusiasm dreams can become real  … this is just my small opinion. 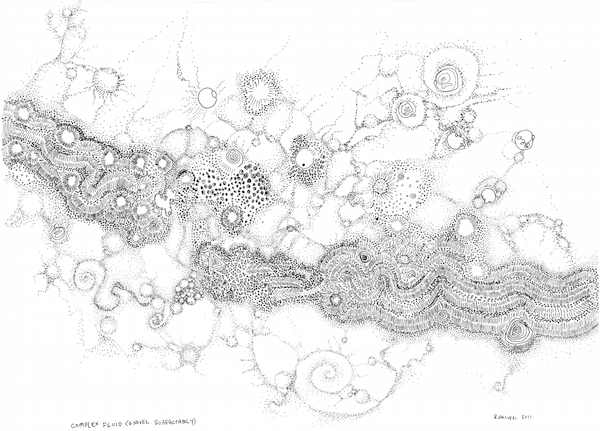 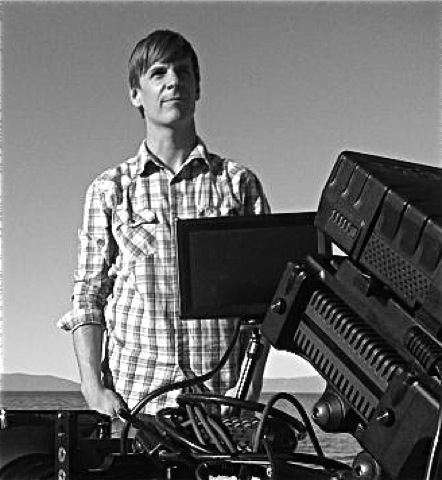