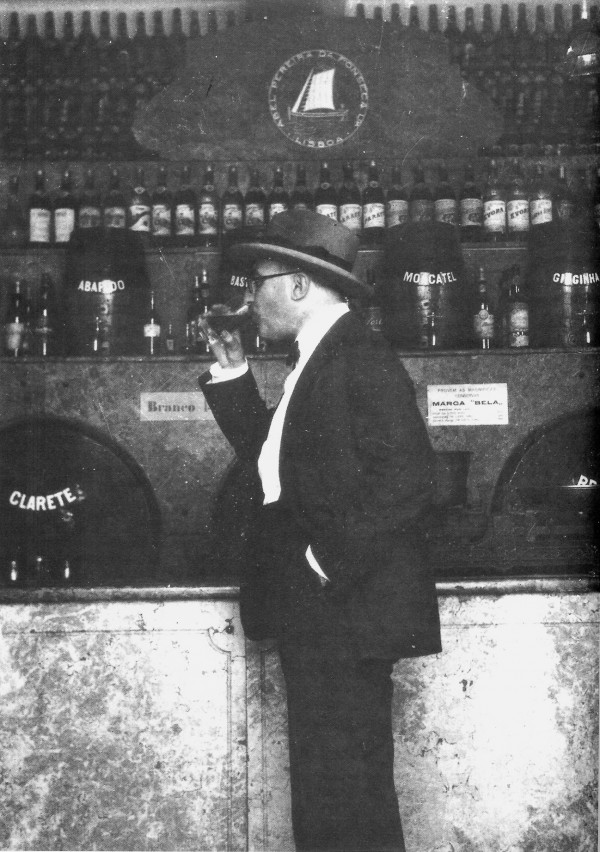 A character is not a simulation of a living being. It is an imaginary being. An experimental self – Milan Kundera

In Lisbon, I live on the street of the great Portuguese poet, Fernando Pessoa. Casa Pessoa on Rua Coelho da Rocha was his last home and is now a museum and literary centre dedicated to him. Pessoa is very present in Lisbon – his image appears as street graffiti and on souvenir t-shirts, in café-bars and restaurants quotations decorate the walls – and at the famous Café Brasileira in Lisbon’s Chiado, where he and other writers hung out in the 1920s, you can have your photograph taken sitting at a table with a bronze statue of the poet, as many people do. I could be wrong but I assume that most of these tourists have not read a single word of Pessoa and know only what’s in their guidebooks. Most people I ask have never heard of him, or, if they have, it’s not because of his poetry but because of The Book of Disquiet, an unfinished, fragmentary, ‘factless autobiography’ as Pessoa called it, not published in English until 1991 but which has since become a cult classic.

Pessoa created over 70 heteronyms – other, experimental, selves – to write as, each with their own biography, personality, philosophy, style, and subject matter. To be clear, Pessoa was not writing as himself under other names, but was writing as other people; it was as Bernado Soares that Pessoa wrote The Book of Disquiet and even ‘Fernando Pessoa’ was not Fernando Pessoa. His commitment to this apparent fragmentation of the self fascinates and disturbs me. In one way it’s a reflection, or more accurately a refraction, of how people saw themselves in a de-centred, modernist universe, but it also has wider implications for a sense of self in an increasingly fragmented, atomised post-modern world.

Pessoa’s experiments with fragmenting the plane of the self, as with those of other Modernist writers and artists, now seem relatively innocent in comparison with the possibilities of that today. How many selves are there, capable of construction, dissemination and scrutiny, not to mention surveillance? The Facebook self, the Spotify self, the Instagram self – self-consciousness doesn’t even begin to describe it. I’m not only conscious of myself, or aware of myself, I am conscious of my-self performing myself. It’s not, perhaps, that these aren’t ‘real’ selves, but rather that they are authentic performances that further alter our sense of the self. Now, we are all our own heteronyms, our own experimental selves.

I am large, I contain multitudes – Walt Whitman.

The disquiet I am feeling about myself lately is compounded by living in a country where I don’t speak the language. Having used words my whole life as a scaffold to construct my sense of myself, becoming uncertain within language is about as uncomfortable as it gets for me. Here in Lisbon I have the advantage that there is a generally high level of spoken English. Indeed, it’s unusual to find anyone under 50 who doesn’t speak English, and a lot of Lisboetas speak it very well. I could, if I wanted, quite easily get along without learning any more Portuguese than I know now, but I don’t want to do that. It smacks of a certain arrogance not to bother to learn the language of the country you’re living in.

Speaking more than one language can increase your sense of different systems of cultural meaning, so it’s not simply about language, but also perception, which then becomes about identity. I want to live in the culture, not separate from it, as a commitment to my life here and to feel part of somewhere. It’s about a sense of belonging. The problems I have around language learning – the shyness, the lack of confidence – are another anxiety I have with my sense of self. As language is something I feel more certain and stable within, learning another language makes me feel unstable, uncertain.

Milan Kundera, who has been a recurring voice in my life, is a writer who was exiled from his country and became exiled from his own language of Czech – he has written in French since 1993. Wherein does the self reside? he asks in The Art of the Novel, a question that’s haunted me ever since I first read it. I’m from just outside Liverpool but you wouldn’t really be able to tell that by talking to me. When I speak to my family, or get on the train to go home, my accent changes back a bit so there is already, within me, an identity shift. Now that we can have multiple, experimental, public selves the question becomes even more complex. To what extent are these selves characters? Are they more or less characters than that person whose accent shifts when they go home to visit their family? Isn’t there still a self inside all that, something we might call a core self, multi-faceted though it might be?

At some point (probably while writing this) I realised there is an element of reinvention possible in speaking another language. Living inside another language is only a momentary destabilising of identity in the sense that you’re adding another identity to your already multi-faceted self. You can reinvent yourself to an extent through language as a process of personal evolution, but the self still exists, doesn’t it, even if it is an illusion? I guess I want to reinvent myself, leaving the small town boy from the north of England behind, for someone with a more worldly or European and, to my mind, grown up, outlook. At home my partner and I speak English, one of the five languages he’s pretty much fluent in. We don’t speak much Portuguese together because, at the moment, it makes me a bit embarrassed and I don’t particularly want to feel like an awkward child at home (one of the few occasions we tried speaking Portuguese together lasted about ten minutes before I accused him of bullying me…) I asked him if he feels altered depending on which language he speaks, whether it affects his identity. He talked about English being a more cerebral language for him, and Portuguese, his first language, being more sloppy. In Dutch he becomes uptight and, in French and Spanish, less confident. But within all this, surely he’s still him-self?

All children are artists. The problem is how to remain an artist once you grow up – Pablo Picasso.

I think, somewhere along the line, I lost my childlike enjoyment of language, both in speaking and writing, and I’m working on getting it back. Like a lot of Portuguese people my partner can speak something called Portuñol, a portmanteau language combining Portuguese and Spanish words that people of both nationalities can understand. It’s a creative, open, and imaginative way of speaking, which involves a degree of playing with language that I can really learn from. We all of us have obstacles to overcome, in one respect or another. I need to see language in another way, the way I perhaps used to see it – as a creative playground where you are free, and not restricted, a place that can help you to feel more confident and enjoy yourself. It’s good for you, surely, to destabilise yourself in this way.

When I used to teach poetry I would say to my students that understanding a poem is overrated, that it doesn’t matter if you don’t understand something, you can still experience it and enjoy it, it can still communicate something to you. It might be a good idea to think of the self as a poem, or to think of life as a poem. Writers, perhaps all creative people, tend to strive for the authentic, but that isn’t one fixed thing. If the self, my-self, resides in language I can celebrate the multi-faceted, playful nature of the self, because the self also resides elsewhere, and everywhere. I am large, I contain multitudes.

A Case for Yes 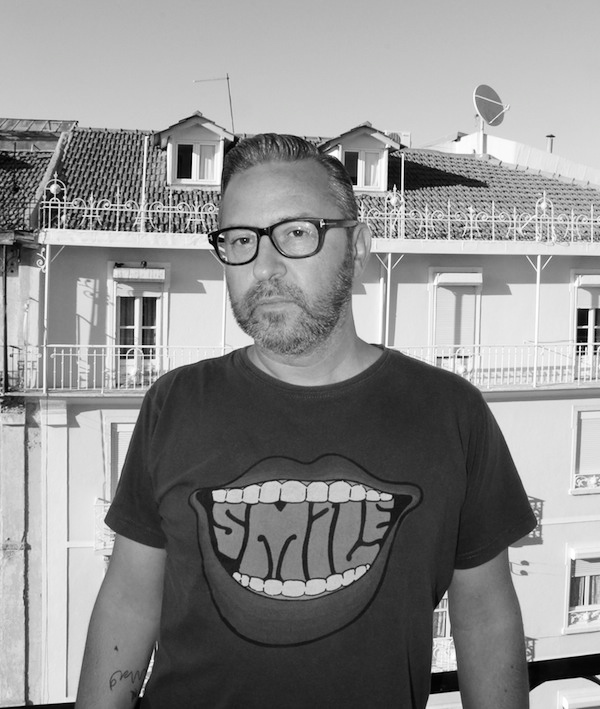