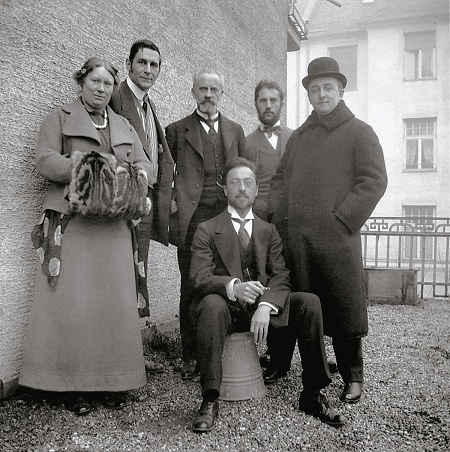 Group Photo of The Blue Riders

It was believed that the name of the movement was from a painting by Kandinsky, who was one of the group’s founding members. But Kandinsky wrote 20 years later that the name is derived from Franz Marc’s enthusiasm for horses and Kandinsky’s love of riders, combined with a shared love of the colour blue, which Kandinsky described as the colour of spirituality: the darker the blue, the more it awakens human desire for the eternal (see his 1911 book On the Spiritual in Art). 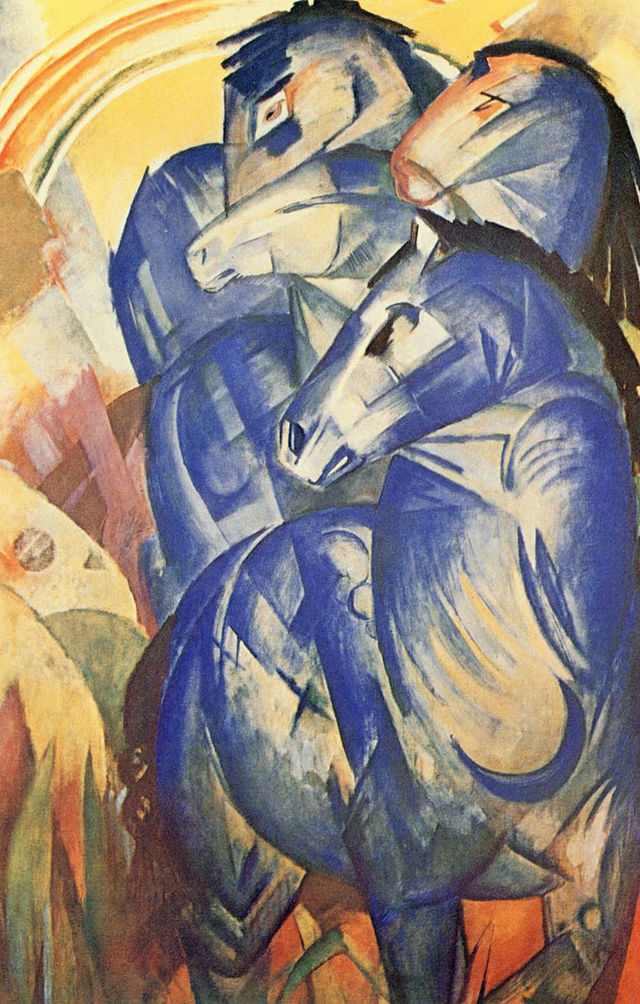 While the artistic approaches and results differed between the artists of the movement, they all shared a common desire to express spiritual truths through their work. They believed in the promotion of modern art; the connection between visual art and music; the spiritual and symbolic associations of colour; and a spontaneous, intuitive approach to painting.

Der Blaue Reiter was one of many fascinating movements which were formed at the beginning of the 20th Century. Like other groups, the artists involved were resolute in their shared passion for the unknown; by sharing their experiences with one another they were able to advance their ideas and express themselves individually and further the cause of the movement as a whole.

For those of you interested in reading more, click here to explore the group’s almanac. Der Blaue Reiter Almanach (The Blue Rider Almanac) was published in early 1912, by Piper, Munich, in an edition of 1100 copies; on 11 May, Franz Marc received a first print. The volume was edited by Kandinsky and Marc; its costs were underwritten by the industrialist and art collector Bernhard Koehler, a relative of Macke. It contains reproductions of more than 140 artworks, and 14 major articles. A second volume was planned, but the start of World War I prevented it. Instead, a second edition of the original was printed in 1914, again by Piper. 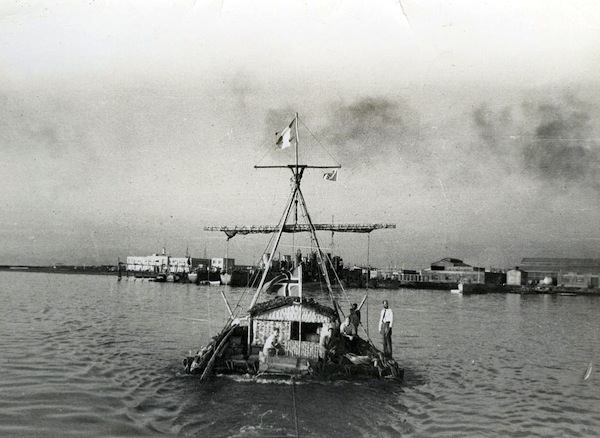 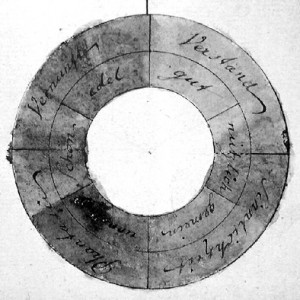