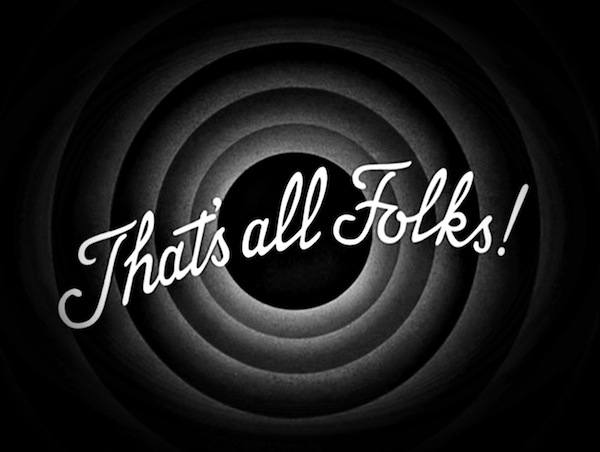 “He not busy being born is busy dying.”

“The fear of death follows from the fear of life. A man who lives fully is prepared to die at any time.”

“When your time comes to die, be not like those whose hearts are filled with fear of death, so that when their time comes they weep and pray for a little more time to live their lives over again in a different way. Sing your death song, and die like a hero going home.”

Tecumseh said that, which is a good’n…

“I thank my God for graciously granting me the opportunity of learning that death is the key which unlocks the door to our true happiness.”

So, my time with Seymour is drawing to an end, and…

I’m sad about that.  It’s been an real honour but more than that a great discipline, the challenge to come up with something fresh each month, to focus and produce.  To be honest my secret has been to pay attention to what has touched me week to week, that little gem that stands out, what seems fresh, current, and in doing that I’ve learned much about the creative process.  By preparing the canvas and then allowing something to emerge I’ve found a great system for opening that often-creaky portal.

We fight death, fear death, avoid death, ignore death, but nature doesn’t care about our denial, it goes on destroying and creating and destroying and creating, and whilst new blossoms delight our senses like fresh paint on a canvas it’s actually winter that is the most productive.  It’s all going on under the ground, the great melting pot of creative decay biding it’s time to burst forth in a multi coloured orgasm of life.

Death is the greatest of muses – without her ticking clock, who of us would ever put pen to paper, paint to brush?   Beneath her cool shadow we are filled with the desperate urgency to make our mark… before it’s too late.

The Hindus understood this cycle in their depiction of Shiva’s cosmic dance, known as ‘Anandatandava,’ meaning the Dance of Bliss, symbolizing the cosmic cycles of creation and destruction, as well as the daily rhythm of birth and death.  Likewise the Ouroboros, the snake eating its own tail with its origins in ancient Egypt, often symbolizes self-reflexivity or cyclicality, especially in the sense of something constantly re-creating itself, the eternal return, and other things such as the phoenix which operate in cycles that begin anew as soon as they end.

The very act of completion is a death.  As Leonardo pointed out, “art is never finished, only abandoned.”  The time comes, in all things, when we have to walk away.  To my mind there are two options here – to do it with consciousness, or without.  To consciously abandon something is to open yourself to the grief of ending, to do it unconsciously is to deny yourself… life.  Life is death is pain is joy is suffering is creation.  With every transition there is a death, and with that the possibility of new life.  This is the part of the great equation that we miss out on when we avoid the grief.  How may of us get stuck with a project because we cannot leave it when it’s done?  Worse still, how many of us never embark on a journey because we fear that we will not complete, or we don’t know how to abandon it when it’s over.

It’s like a great movie or an incredible book.  At the end there’s a period of mourning – our time with the characters we’ve grown to love, often as if they were our own family members, is over, and we are left alone with the echo of their story much like the smell of the recently departed on the pillow where they slept, their essence lingering like a ghost.

Of the editing process a writer once said to me, “we kill our babies dear boy, we kill our babies.”  Another friend, a sculptor, has been working on the same piece for over two years.  Working with the lost-wax method, he’s been obsessing over this bastard, only to see it collapse successively under it’s own weight as it approaches completion.  It took me a long time to realise that he doesn’t want it finished, he’s fallen in love, he can’t bear to part with his ‘boy’ as he calls it.  To set it free.  To give it life.  And so it goes on.  Or not.

I too remember the feeling when I presented my first finished book to my agent.  I sat in the car outside his Notting Hill office in a state of utter despair.  I felt like I’d just given up my child for adoption.

But ending is also beginning; kill your work, abandon your work, never resist making that brush stroke for fear of fucking it up, never be cautious, never avoid, never resist destroying something so that a new idea can spring forth, dangle your baby from the eighteenth floor balcony if you must, but whatever you do – don’t avoid the ending.

Thank you for having me, I’ve learned much and I hope you have too.  Whoever you are, whatever you do.  The creative act isn’t complete until it’s exhibited somehow, published, displayed, presented, and in sharing my thoughts, my rants, my profanity with you, in your own way you’ve been my faceless muse.  Maybe what’s worked for me might, this system that I’ve stumbled upon, might work for you – try it, set yourself a monthly project, set yourself that task, and find somewhere to share it with the world.  I like trickery when it comes to my creative psyche, much like children I find bribery works.  If I purchase something special, expensive, extravagant, in order to assuage my buyer’s guilt I always make a deal with myself:  in exchange for this new computer, I promise to write a book.  In penance for this shiny new red guitar, I promise to learn to play like Chuck Berry…

My formula won’t be your formula.  Borrow, adapt, steal what works for

you.  As Anais Nin said, “I postpone death by living, by suffering, by error, by risking, by giving, by losing.”  Do it all, burn bright and fail a million times, notice the creativity in every day.

This document was found on the open screen of a laptop belonging to middle aged Tottenham resident Jerry Hyde.  Neighbours, who described Hyde as ‘anti-social and reclusive’ had reported an unearthly smell emanating from the apartment and upon arrival police found the door ajar, and what forensic psychologists have only been able to describe as ‘evidence of long term, serious psychological collapse’ – overflowing ash trays, the synopses of a multitude of unwritten novels and incomplete screenplays, dozens of empty containers suggesting the occupant lived entirely on a diet of strawberry yoghurt, a room filled to the ceiling with (unused)inflated condoms.  On the wall the slogan ‘YOU’LL BE SORRY WHEN I’M GONE’ was daubed in a fluid which exhaustive lab tests have thus far failed to establish the origins although it’s rumoured that what few conclusions there are have been sealed until 2098 ‘for the sake of public decency’.

Police are treating Hyde’s disappearance as ‘suspicious – but not very interesting.’