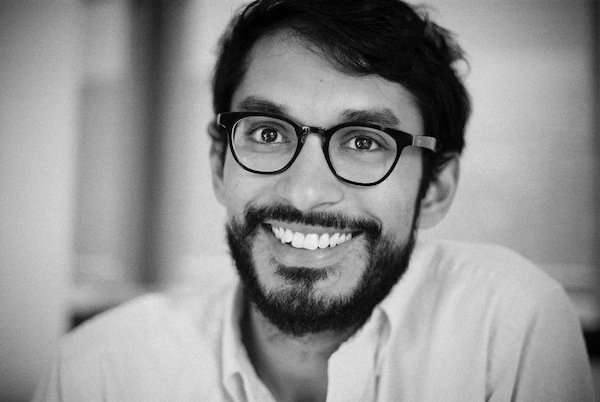 ANU JINDAL is an author based in Brooklyn, New York. He graduated with an M.F.A. from the University of Massachusetts Amherst’s Program for Poets & Writers, where he also taught creative writing. He is the author of short stories published in Electric Literature’s Recommended Reading, The New Quarterly, Joyland Magazine, Pioneer, and Matrix Magazine. His short story “Not a Bad Bunch” was selected by Amazon to be a Kindle Single in 2014. Anu is fascinated by interpersonal relationships, which he explores through his keen attention in life and detailed descriptions on the page. He is a believer in the value of processing lived experience through art––using his own writing as a means for self-understanding as well as understanding others, and encouraging his students to do the same. He lives on the page and online at www.anujindal.net.

Let’s start at the beginning. How did you first become interested in creative writing? Were you creative as a child?

To the extent that I can remember, I was creative as a child. But then, I’ve never met an uncreative child before. Which makes a lot of sense, just thinking intuitively, given how sensitive and in contact children are with their surroundings, how much they pick up, how closely they can listen. Kids don’t necessarily come to a situation with any preconceived ideas, since most experiences are still new to them, and that lets them roam more freely in their thinking, in a way that most adults have to work for. For whatever reason, I often think of the example of a wheelbarrow. With most adults, when they see or consider a wheelbarrow, it carries a very specific meaning. A wheelbarrow means, “a cart with a wheel and two handles”, or “a tool for conveying dirt”—utilitarian meanings that we take on, out of necessity, after living in the world a while. But to a child, for whom the wheelbarrow is a relatively new object, the possibilities are much broader. A wheelbarrow could mean “rocket ship” or “dump truck” or “large creature with antennas”. They are free to make any kind of association, to create mental connections between things that have absolutely no relation to one another. That ability to see things in a completely fresh way, I think, really underlies children’s creativity, and it’s a state that as adults we struggle to return to. I don’t think we ever lose that ability, but it becomes something we have to dig for a little bit more as we get habituated to the world.

On my creative writing syllabus, when I taught undergrads at UMass Amherst, I started with this quotation by Leonard Michaels (incidentally my favorite author), from an essay titled “What’s a Story?”, which I find tangentially applicable here: “The ability to tell a story, like the ability to carry a tune, is nearly universal and as mysteriously natural as language. Though I’ve met a few people who can’t tell stories, it has always seemed to me they really can but refuse to care enough, or fear generosity, or self-revelation, or misinterpretation… or intimacy.”

In what way does creative writing help you to understand your own life experiences?

The short answer: a lot. I depend on it, to some extent, to process certain experiences or emotions, to act as a kind of mirror through which I can comprehend myself, from a slight distance. There’s a pretty wonderful Flannery O’Connor quotation along these lines: “I write because I don’t know what I think until I read what I say.” I definitely fall into that camp. It comes from, I think, the fact that certain experiences are much too much to grasp nakedly, without any sort of mediation—whether in the form of talking to another person about it, or being in therapy, or reading or listening to a song in which someone else is going through a similar circumstance. Or writing about it, by giving a character some quality of your experience and seeing what becomes of them as they carry that around.

I don’t want to misattribute this quotation—I think it might have been the writer John Berger—but I recall a very intelligent person describing the possible therapeutic value of this kind of writing. What they described, roughly, was the idea that for someone who has suffered an unapproachable trauma, writing can give them a possible tool, a sense of empowerment through which they might be able, finally, to approach it.

One of the effects of trauma is an awful feeling that you have no control over your life, your circumstances, or what happens to your body. But in writing about it—in, say, writing a character who experiences a trauma similar to yours—suddenly you are granted a lot more control. Not only are you the author of that character—you’re also the author of that trauma. You as the author get to decide what happens and to whom, how it happens, how it feels, and what happens afterwards. And there is hypothetically an establishment of safe distance, because you are not really talking about you, you’re talking about a character who shares a similar experience as you, but who, ultimately, is your creation. Someone who came from you, but whose circumstances are totally under your control, the kind of agency you don’t get to have in your everyday life. 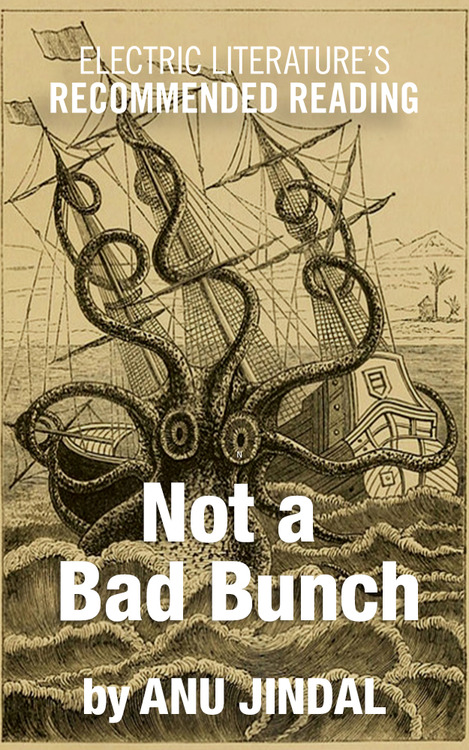 As an instructor, what emotional or spiritual benefits of studying creative writing have you observed in your students?

The two creative writing classes I taught at UMass also happened to be my first experiences with teaching. One of the surprising pleasures of both those classes was learning just how much of these emotionally reparative or therapeutic benefits the students seemed to derive from their writing. It’s not something I’m really able to measure, there’s no metric for those kinds of benefits that I can observe from the other side of the classroom, except if a student happened to expressly make it known to me. In one case, a student mentioned in our discussion that she found herself using her class writing “basically as therapy,” to process certain experiences that for her were difficult to approach otherwise. In my mind, my role as an instructor is to provide tools, motivation, useful feedback, and a space where constructive responses can be shared to one another’s work, but beyond that for the students to create by their own determination what is most interesting or beneficial to them. So, it was rewarding to hear this particular student find her reason to keep writing, and for that to be something that would continue to have resonance beyond the classroom, beyond the assignment. I also noticed her writing grow more confident, her voice become more unapologetic and sure of itself, over the semester, and that was rewarding to see as well.

How do you challenge your students to dig into complex personal circumstances? I’m thinking specifically of an assignment where you had your students interview someone close to them, including the question “What’s the biggest lie you’ve ever told?”

I was pretty pleased with the results of that assignment, just seeing what my students came back with, and in some cases how their thinking altered after that—though it was subtle and not necessarily the case across the board. I think the idea came from seeing Miranda July give a performance or a live essay called Lost Child!, at the ICA in Boston. And also one of her online projects, Learning to Love You More, which provides a series of assignments or challenges that work to take people a little outside themselves, out of their comfort zones.

In the context of a creative writing class, the point of having students interview someone they know extremely well and asking such things as “What’s the biggest lie you’ve ever told me?”, was twofold. One was just the idea of defamiliarizing yourself, which is connected to what I was talking about in response to your first question. We tend to fall into familiar patterns with people we know, familiar dynamics, but in considering those relationships as a writer—as with the general interaction you have with the world—it’s necessary and illuminating to break out of established patterns. To try and see things in a fresher, more highly sensitive way, to really pay attention. There was a long list of questions I gave to the class, greatly influenced by Miranda July, all aimed at forcing you to see this familiar person in an entirely new light, with the hope that you would carry that way of seeing to other aspects of your life. We can get so stuck in old or harmful patterns of thinking—or just numbing patterns—like grooves in a record, and it’s necessary to work against that tendency. Ideally as writers, we want to see things in as denuded an aspect as possible­, the difference between saying ‘How does this thing really look?’ and ‘How have I grown used to looking at it?’

The second and related point of the assignment was to see how it felt occupying a slightly distanced position from your subject—whether an object, a person, an emotion, an experience. There’s a critical difference between, for instance, interacting with your parents as a son or daughter or with one of your best friends, and interacting as an interviewer does with her subject. There’s a space that is established, over which you’re able to observe, permissively, dispassionately, in an alien-like way. Because, again, you want to be able to see your subject in total, and not just the part you’re used to seeing—or that’s easier or more comfortable for you to see.

Do you have any rituals that help your creativity and imagination to flourish?

Fewer than I’d like, probably. Coffee helps. I don’t know if you’d classify them as rituals exactly, but there are two big things that seem pretty obvious but which don’t get exercised as often as they should. One is reading, as much and as widely as possible (I’m thinking in relation to writing specifically, but it applies also to interacting with your art form whatever that is, or with any art form I suppose, no matter what you do). The other is to join with the other writers in your community—to attend and participate in readings, and, especially, to start or become part of a writing group. I think I’ve gained the most in my life from finding and cultivating a writing community in the various places I’ve lived. And I still continue to be most reliably inspired and motivated when talking to and reading the work of the writers that are part of my community. And not just writers in my genre, but poets, non-fiction writers, playwrights, and screenwriters, as well.

One of the advantages of being a classroom instructor is not having to answer your own assignments, which is an advantage I take a lot of pleasure in exercising. 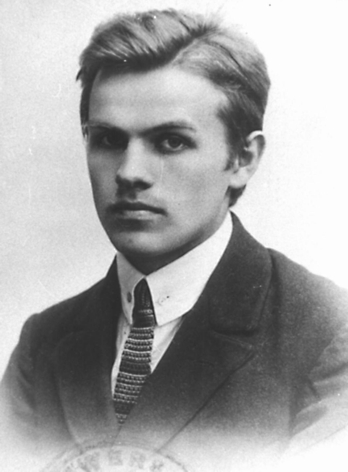 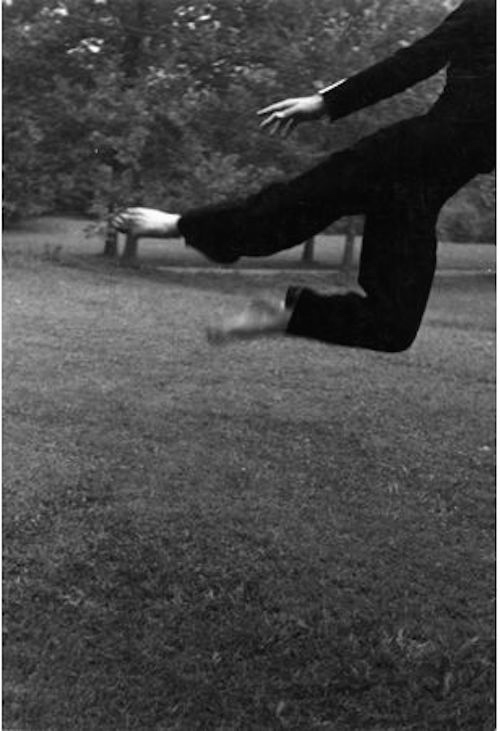