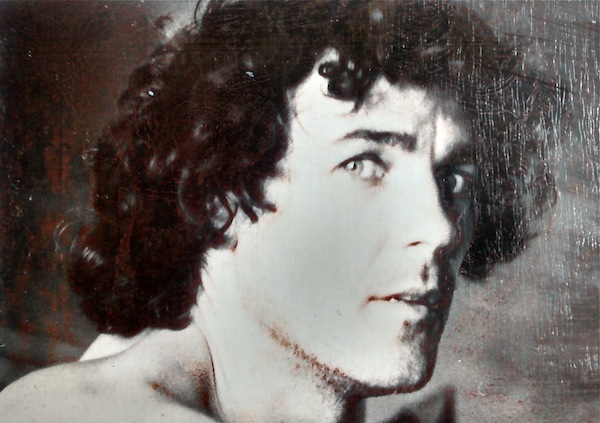 My uncle Pierre was a man filled with humor and mirthful mischief,  a sort of impossibly handsome and roguish version of Shakespeare’s Puck. Pierre’s shining, wild, wonderful, crazy, devastatingly beautiful blue-eyed soul was a beacon for all those who knew him and changed the lives of all those who loved him.

The youngest child on my mother’s side of the family, he was the little brother, the playful rebel, the one who got away with everything we were too frightened to even try, the inspiration; he charmed us all and gave us each our own personal reason for adoring him just a tiny bit more than we adored anyone else.

When most people visualize a family, they typically imagine the shape of a tree. Branches spreading confidently outward, roots planted firmly in the ground. But in reality a family is a fragile structure, more like a house of cards. Intricate and delicately balanced, it can topple quite dramatically if just one card is removed. Sometimes, if the outer cards are taken away, the structure remains standing, but cards toward the heart of the construction are crucial to its being. In our family, Pierre was that vital center card. When he died suddenly and unexpectedly, at the age of 40 in 1986 while out for his daily jog in Paris, our family collapsed along with him.

By trade, Pierre was a photographer working mostly in the fashion industry. He rode in on the crest of the wave of creative Frenchmen who splashed into New York in the early 1970’s. They arrived armed with accents and a charm that would seduce the city into submission.  Pierre’s closest friends would end up becoming some of the most renowned creative and iconic figures of their generation: Patrick Demarchelier, Jean-Paul Goude, Gilles Bensimon, Josie Borain, Bill Cunningham, Christie Brinkley, Janice Dickinson… the list is endless. Had he not died, he surely would be remembered among them. 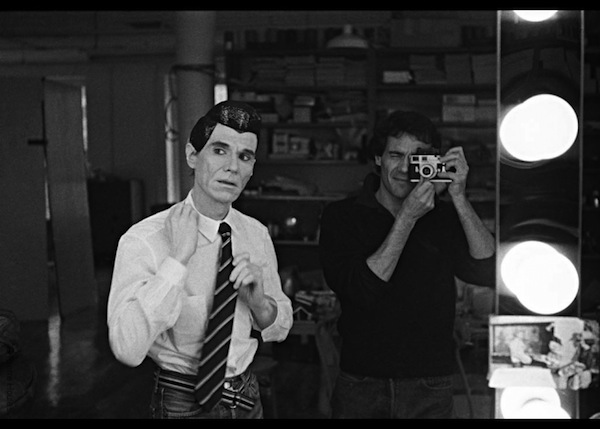 That said, well-surrounded as he was, and poised at the pinnacle of what would become a creative movement, Pierre could have chased fame more than he did. But photography was just an organic extension of who he was, a way for him to navigate and experience the world and as such he expended little to no energy on making a name for himself. He let the others take the spotlight. Looking back on his choices now as the adult I have since become, I think perhaps being part of something greater than himself and helping others to realize their potential was perhaps one of his greatest joys. Pierre was also very peripatetic, he loved adventure, exploring the world, trying new things; he was passionate, generous and addicted to life and its ups and downs; he relished in its messy and challenging moments and embraced the joy and excitement of it all, ever capturing it with his camera.

When I was about 16, Pierre gave me my own first ‘real’ camera, a Nikon FE2. His gift sparked a love for photography that would result in a lifelong passion. Taking pictures and looking at pictures became my way to process the world, society, history and better understand my place in it. Engaging with life through photographs is a daily habit that remains with me to this day. Back then, looking through my camera, I pretended that I was seeing the world through his eyes and as such it was infinitely more glorious.

Growing up as an only child with no siblings to ignite and incite me, Pierre was like a superhero to me, I worshipped him from as far back as I can remember. He was always way out on the edge of everything, pushing things even further outward. As a child he taught me how to break the rules by faking a fever: Just hold the thermometer to a light bulb. What do to with that day off? No problem…he’d supply me with a large, multi-colored box of magic markers, and when I asked him where the paper was, he’d say: Just draw on the walls! 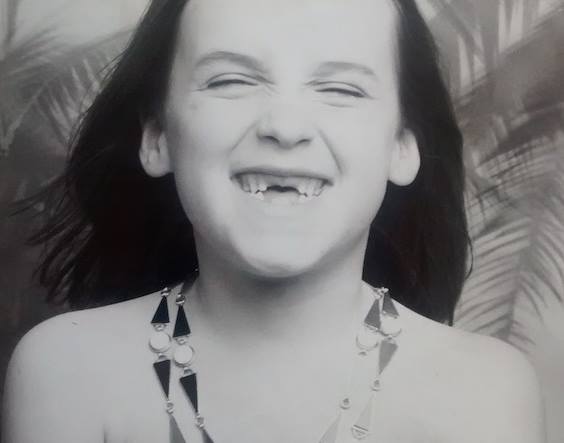 Me, as photographed by my uncle Pierre Houlès in 1977 | Backgammon necklace by Jean Paris.

When I was a teenager, I wanted to be just like him. Viewed from my bridled perspective of school days and curfews his life seemed enviably daring and exciting. He casually ran the New York Marathon every year, not approaching it as a spectacular feat, but more as just a fun thing to do on a weekend. He’d breezily drape his medal around my neck at the finish line as if his achievement belonged to us all. He participated in the infamous Paris-Dakar rally and sent back breathless, windswept audio tapes of his adventures, recorded on a tiny cassette player (the apex of technology at the time!) An avid fan of cycling, he rode his bike everywhere, and often for what seemed like impossibly long distances. Young and small as I was then, I thought for sure, that something truly extraordinary pumped through his veins to make such feats possible. Eternally in awe of his many escapades, I took mental notes of everything he did or said or wore. Pierre was quite simply: the coolest person I had ever met.

Pierre died during the Summer after my freshman year of college. I was 18.

All these years later, whenever I think about that horrible empty moment, powerful and unexpected as a sucker punch…of being told that what I held most precious had been taken away… the emotional violence and impossibility of it still has the force to buckle me in half.

But when someone like Pierre leaves his mark on you, it can’t be erased. Through the days and weeks and months and years that have made up my life since his death, I have done my best to echo the lessons that he taught me so effortlessly through his daily actions; they are engraved on my heart:

Be yourself and fuck what anyone else thinks
Even if you have a great talent, don’t let it go to your head
Loyalty and friendship are always more important than fame or money
Always dress cool, but never look like you are trying
Seek joy above all else, because life is very, very short

When Pierre died, for years after, my family went silent on the subject because the memory of him was simply too painful to discuss. Each in our corner, in our own way, we did our best to cope, to understand, to mourn, to honor him, to keep him alive in the privacy of our hearts. 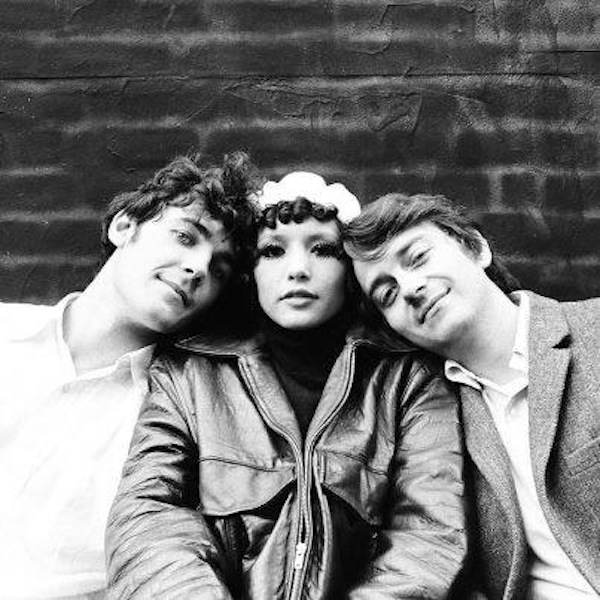 Recently, a posse, led by Pierre’s brother- my uncle Jean-Paul Houlès, with the help of Claude Guillaumin- Pierre’s best friend from youth, and with my mother Valerie Unger’s blessing, have begun to sift through Pierre’s old boxes of negatives in attempt to somehow show the public, 25 years later, a peek at the world through Pierre’s eyes.

The first result of their efforts will take place in Paris in the form of a small exhibition:

PIERRE HOULES- Life’s Too Short
The show will run at Myriam Bouagal Galerie in Paris from June 5 – 21, 2014

Though he will not be there in the flesh to share a drink with you, to tease you or to flirt with you or to goad you irrepressibly into doing something audacious- I think you will find that his vision and spirit live on.

In the coming years, I hope that all who knew him will find their own way of publicly honoring him  and  embark with us on this journey to revive him. Visit his website, say his name, come to the exhibit. I myself will strive to find the courage to look deep into his boxes of personal photos from those heady and exciting days in New York; a magic time, that like him, no longer exists… and arrange them as truthfully as I can so that he, and it, can come back to life through them.

In the meantime, it is my greatest hope that these few words will give you a glimpse of the impact his life had on mine, and of the unique man he was. 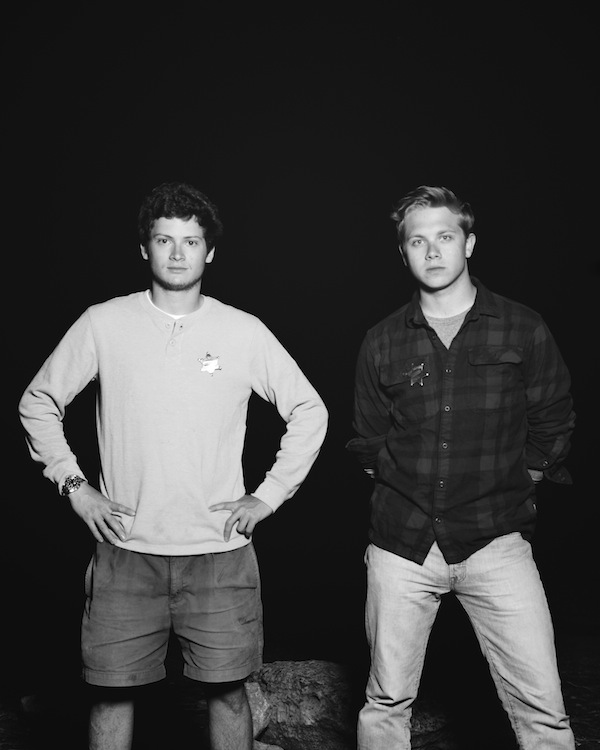 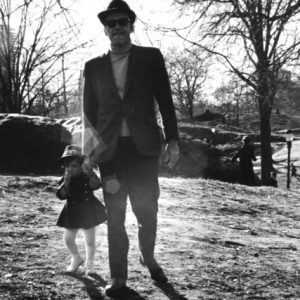 A bowl filled with feathers

Leave a Reply for Mark Bozek