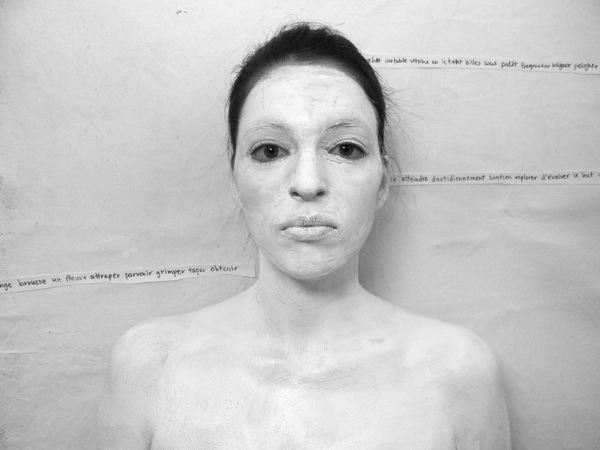 RACHEL MARKS is an artist. She earned a BFA from Oklahoma State University during which she participated in an artist residency in Siena (2009) and studied abroad at the University of Hertfordshire in London (2010). After a year in Prague (2011 – 2012) teaching art to children, she obtained a Master’s degree at the Higher School of Art and Design in Grenoble, France (2013).

Originally from Oklahoma now living and working in Paris , Rachel first expressed an interest in dance  as a ballerina at the Oklahoma City Ballet, also participating in the Virginia School of the Arts Ballet and Joffery Ballet.  Rachel also explored other forms of dance including flamenco, jazz and contemporary movement. She developed a parallel interest in music with the practice of flute, piano and voice.

Rachel has exhibited her work internationally in the United States, Italy, England and France. 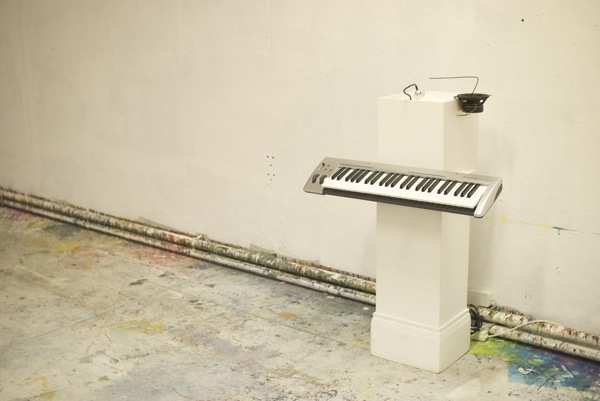 This instrument invites the viewer to not only hear but also see the music they play. The sound waves take form through water that vibrates that are projected onto the wall with light. The water is effected by the sound waves the music produces. |© Rachel Marks

You began your professional creative journey as a ballerina, please tell us about how your transition from dancer to contemporary artist came about.

Ballet allowed me to express myself as well as explore the relationship between image and sound. It is how my love of music and art first developed. After exploring many different forms of dance, I starting feeling the need for more freedom in expression. I don’t feel that it was necessarily a transition but more of an evolution from dance to contemporary art. My practice became more open to using new forms of art while still including notions of dance. My work took a leap from something classical to contemporary. Ballet became restrictive for me whereas within contemporary art I found forms of ballet, music, art and experimentation. This evolution has given me the liberation within my exploration of sound and image. Ballet is still very important to me and I find it is embedded In my current work. It is thanks to the fact that I started out with an extremely classical practice that I was able to break free with the intention of searching further than the rules.

You appear to be very drawn to the exploration, not just of music, but of sound in all its forms, when and how did this particular interest develop?

Ballet sparked my first interest in music, and it grew with my classical training in flute. My interest of music branched out into an interest in sound when I started traveling. I suddenly encountered new daily sounds including the sounds my environment and of new languages. This exposure to new sounds has opened the range of possibilities, and also challenged what I felt were the limits between music and sound. I am very influenced by the ideas of John Cage and fluxus artists such as Dick Higgins, George Brecht, and John Dupree. With their experimentation in Event Scores and the notion that life is art, and that all sound: language, everyday noises, and even silence can be considered music. When the line that separates noise from music is eliminated, music becomes open. My interest in music that also started with a love for classical music broadened into all realms of sound by extending the boundaries of the definition of music.

You also often explore a variety of synesthetic principles. What originally triggered your passion to investigate the transposition of the senses?

Within my research of the connection between sound and image, I started becoming interested in science, and if there were any kind of cognitive connection through our senses and how we perceive them. During my master studies, I wrote my dissertation on the connection between color and sound within science, their physical qualities and their form. In the scientific studies I read about synethesia, a neurological condition found in certain people where stimulation of one sensory pathway triggers and stimulates another sensory pathway.  I found cases where different tastes, colors smells and letters evoked different sounds. My work then expanded, including all of the senses in my representation of sound. My focus became “the experience’ as a whole and how sound is a part of all the senses.

Living in Belleville in Paris is a very rich and inspiring environment that I wanted to use to investigate further this question of defining color through language. I did a random survey of people I encountered on the street speaking different languages. I asked each person to say the word in their native language for the three primary and secondary colors. I recorded their voices, then did paintings of the sound waves. The purpose of this research was to investigate the different perspectives that language gives to color. 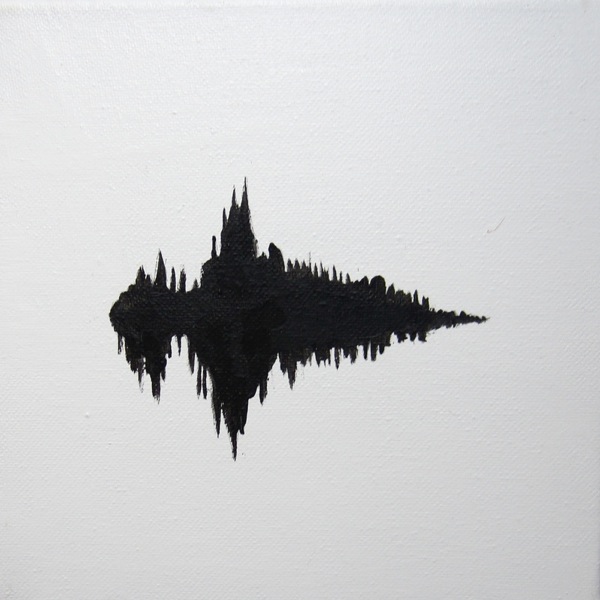 Please tell us about the conditions and environment that most effectively allow you to tap into your creativity.

I feel most creative in new and stimulating environments. I love being around new language, cultures and ideas that can help to inspire me but also help question my artistic practice and ideas.

If you had to pick one word to describe your mood today, what would that word be? 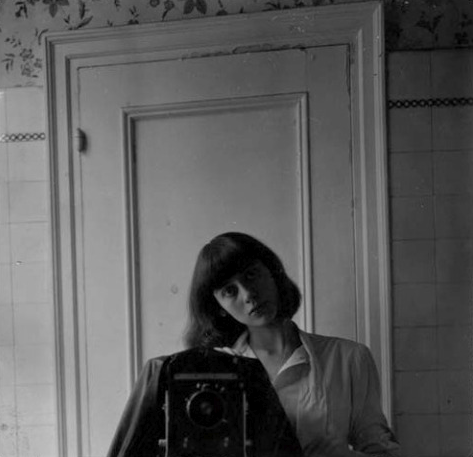 A case for making a self-portrait 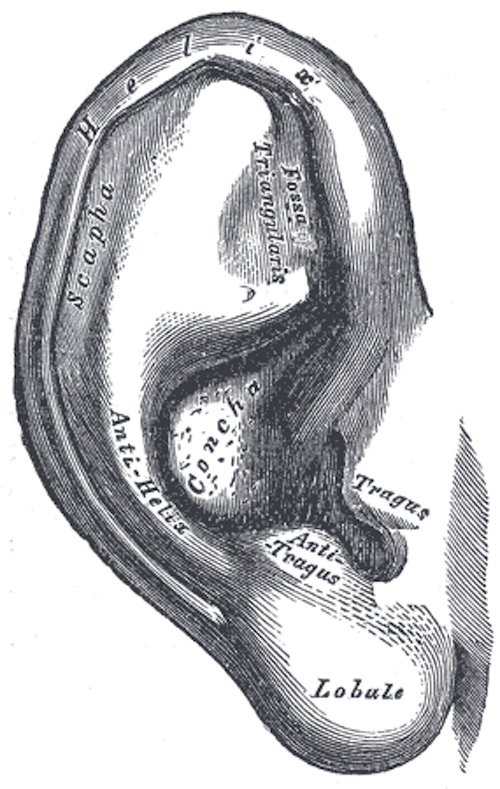