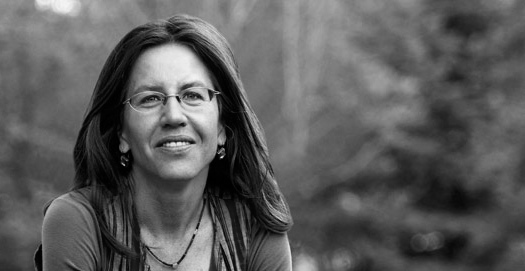 LIANE GABORA is a professor of psychology at the University of British Columbia. She researches the mechanisms underlying creativity, how creative ideas evolve through culture, and how humans came to be so creative, using computer models and studies involving human participants. She also works on comparisons of biological and cultural evolution, and the development of a general theory of evolution that encompasses both. She is also a published short story writer and a composer of piano music. Dr. Gabora has over 100 papers published in scholarly books and journals, has given lectures worldwide, and has over a million dollars in research grants. She was awarded the 2011 Berlyne Award from Division 10 of the American Psychological Association for outstanding achievement. She is the president of FaceCo Inc., a company that develops innovative software and mobile aps.

What first attracted you to the psychological study of creativity?

I remember going to my high school library and reading all the books on creativity, and being disappointed when I’d read them all. I knew that what I loved most was writing, drawing, and playing the piano. At university I focused on science simply because the science classes were more conducive to my way of learning, whole new worlds were opening up before my eyes.

I did a Masters degree in theoretical biology. At the time I thought that the most fascinating question that could be asked is “what differentiates something that is alive from something that is not”? I started my PhD in an area called “artificial life” which seeks to understand how living things work so deeply that you can develop computer programs that appear life-like. I had written a computer program that captured the essence of natural selection only to find out that someone else had done the same thing, way better, 15 years earlier.

Then I realized that even more fascinating than how organisms evolve is the question of how ideas evolve. I vowed to be the first to develop a computer model of how new ideas evolve through culture, and this time I was! In the mid-nineties I developed an artificial society of neural network based agents that could invent new ideas and imitate their neighbors. Through this combination of inventing and imitating, these artificial agents gradually explored the space of possible ideas and evolved ideas for actions that were increasingly better and more complex. The lamest part of this computer model of cultural evolution was the method the agents used to generate new ideas; it seemed much simpler than the process by which real creative insights are generated (though more complex and realistic than what some other well-known anthropologists use in their computer models of culture, even today!) So in order to improve the computer model of cultural evolution I decided to learn everything I could about creativity. That was twenty years ago and I still haven’t come close to learning everything there is to know about creativity.

Tell us – in layman’s terms if you can – about ‘Honing Theory’.

Honing theory is a theory of creativity that proposes that the creative process arises due to the self-organizing, self-mending nature of a worldview. Honing theory views the creative outcome as the external manifestation of internal cognitive restructuring brought about through immersion in a creative act. You could almost think of the creative product as the byproduct of a creative process; a physical indication that the creator sees and feels the world differently after engaging in the creative act, that his or her worldview was changed by it. That’s why creativity is therapeutic, and why there is such a thing as art therapy, music therapy, and so forth.

Theories of creativity often say something about how creativity involves the restructuring of knowledge. But one factor that distinguishes honing theory from other theories of creativity is that it focuses on not just restructuring as it pertains to the conception of (understanding of) the creative task itself, but as it pertains to the worldview as a whole. When faced with a creatively demanding task, there is an interaction between the conception of the task and the worldview. The task is reconceived by looking at it from a new perspective, and that new perspective comes from deep within the individual’s worldview, that is, his or her uniquely synthesized understanding of how everything fits together. The conception of the task changes through interaction with the worldview, and the worldview changes through interaction with the task. This interaction is reiterated until the task is complete, at which point not only is the task conceived of differently, but the worldview is subtly or drastically transformed. The creative process reflects the natural tendency of a worldview to seek a state of dynamical equilibrium through interactions amongst its pre-existing and newly added components, whether they be ideas, attitudes, or bits of knowledge; it mends itself as does a body when it has been injured.

Another central feature of this view of creativity is the notion of a potentiality state. Honing theory posits that creative thought proceeds not by searching through and randomly ‘mutating’ predefined possibilities, but by drawing upon associations that exist due to overlap in the distributed neural cell assemblies that participate in the encoding of experiences in memory. Midway through the creative process one may have made associations between the current task and previous experiences, but not yet disambiguated which aspects of those previous experiences are relevant to the current task. Thus the creative idea may feel ‘half-baked’. It is at that point that it can be said to exist in a potentiality state, because how it will actualize depends on the different contexts it interacts with. Contexts may be internally generated (imagining what would happen if…) or externally generated (e.g., building a prototype and trying it out).

Honing theory can account for phenomena that are not readily explained by other theories of creativity. For example, creativity is commonly thought to be fostered by a supportive, nurturing, trustworthy environment conducive to self-actualization. However, research shows that creativity is actually associated with childhood adversity, which would stimulate honing. Honing theory also makes several predictions that differ from what would be predicted by other theories. For example, empirical support has been obtained using analogy problem solving experiments for the proposal that midway through the creative process one’s mind is in a potentiality state. Other experiments show that different works by the same creator exhibit a recognizable style or ‘voice’, and that this same recognizable quality even comes through in different creative outlets. This is not predicted by theories of creativity that emphasize chance processes or the accumulation of expertise, but it is predicted by honing theory, according to which personal style reflects the creator’s uniquely structured worldview.

Educationally speaking, you come from a very scientific background. Have you had to alter your methods and practices in order to explore the creative process?

Creativity is as amenable to scientific investigation as any other psychological trait. That said, academics who study creativity without ever having spent prolonged periods of their life immersed in and completely devoted to a creative activity are bound to come up with theories that have little relation to what actually goes on during the creative process. I try to bring everything I have, scientific education and artistic practices alike, to my research. I think that having a fair bit of experience writing stories, composing music, drawing, coming up with puppet shows with my nephew, and so forth, gives me intuitions that inform how I go about developing and testing theories and designing studies and computer models. I would actually at this point like to spend less time theorizing about creativity and more time being creative.

How has your research been received by the scientific community?

I guess according to the standard indicators of academic success I am successful. I have had over a hundred papers accepted for publication in reputable scholarly books and journals, which have been cited two thousand times. I have obtained over a million dollars in grant money, from both the social science and natural science branches of the Canadian government and elsewhere, and been invited to give talks on my work all over the world. But I would not say that my deepest insights have been widely understood or appreciated. Science often gets waylaid for reasons that have nothing to do with scientific truth. For example, archaeologists sometimes insist on organizing artifacts in terms of a Darwinian model because they think it will help them be seen as “proper scientists”, and give them access to funding for science projects as opposed to funding for social science projects, which tends to be lower. They do this without taking the mental effort to see whether the Darwinian model of culture is deeply correct, and sometimes without the academic training to really make the distinction. Increased appreciation for the importance of interdisciplinary training is slowly helping in situations like this.

Do you use the creative part of your mind and/or your imagination when you are doing research?

Definitely. Some aspects of my research are quite theoretical. In some respects I believe I have seen more deeply into how some things work than had ever been seen before. To do so I first had to master the state of the art, then see where it fell short, then synthesize knowledge from different disciplines in a way that had not been done before to come up with a new more consistent and compelling explanation. That requires creativity. For me it required detaching myself from everyday life and isolating myself for large stretches of time so as to focus and concentrate.

Do you believe it’s important for everyone to have a creative outlet and, on a personal note, do you have one?

You could argue that life itself is a “creative outlet”; for some people, everyday life may provide sufficient opportunity to do new things and think about things in new ways. As I say in my creativity class, “the world has never been seen before from your point of view, so don’t forget, while you’re still alive, to show someone what that looks like, put your unique slant on something”. We each look out from a different pair of eyes, mull over situations in a somewhat unique way. So even just going through our daily routines there are “micro-moments” that offer the potential for creative self-expression.

Whether it’s important to, above and beyond this, engage in some kind of typically creative activity, I can’t speak for everyone, but for many people it enriches their lives tremendously, to the point where they’d say life would not seem worth living without this activity. I have several creative outlets; most recently I’ve focused on composing piano music and writing short stories.

There are also people who don’t think of themselves as creative because they don’t start projects from scratch; they aren’t attracted to a blank canvas. These people may find creativity to be an important part of their lives, but rather than typical, solitary creative activities such as painting or writing, they’re more suited to activities such as, for example, planning and hosting creative parties.

Do you have a particular place and/or practice that you find especially conducive to developing ideas?

I get my best ideas in nature, particularly walking along streams or creeks, participating in their seasonal changes, finding places where you can walk across them in winter and jumping from rock to rock as they thaw and gush in spring. And studying creativity I’ve found that I’m not alone in this; many people derive creative inspiration from nature.

To view a video presentation by Dr. Gabora, click HERE. 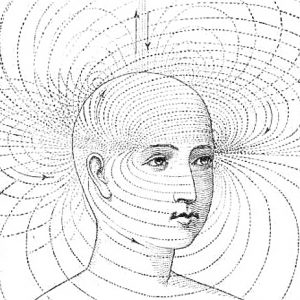 Prospection, Consciousness, and the Wandering Mind