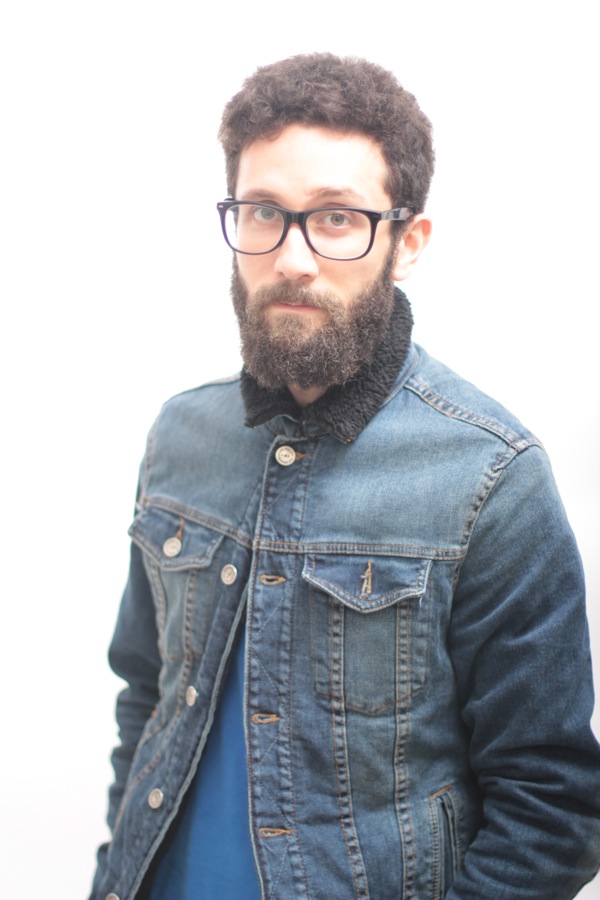 One evening at a conference in an art gallery in Paris, we spied him listening attentively to the discussion occurring on stage, while quietly drawing a series of illustrated squares in a notebook.  We were intrigued by this practice and asked him what it was all about. We learned that Sépànd is a very multi-faceted artist who expresses himself via a number of mediums, but that perhaps his most ambitious project is the creation of an encyclopaedia of his own imagination. Below, he tells us more about it helps him to reduce stress and communicate better. To view Sépànd’s other work please visit: sepanddanesh.com

Encyclopaedia of Imagination
Get a hold of a piece of A4 paper.
Get a hold of something that will allow you to make a mark on this paper.
Draw a square roughly 3x3cm in the upper left hand corner of the page.
Draw something in that square
Draw another square under the first one and continue the process until the bottom of the page.
Once at the bottom of the page, go back to the top and draw a square between the two first ones in the previous column.
Continue to draw in each square.
Continue without ever stopping.
All form of expression is allowed.

To date, Sépànd Danesh has created more than 100,000 drawings. 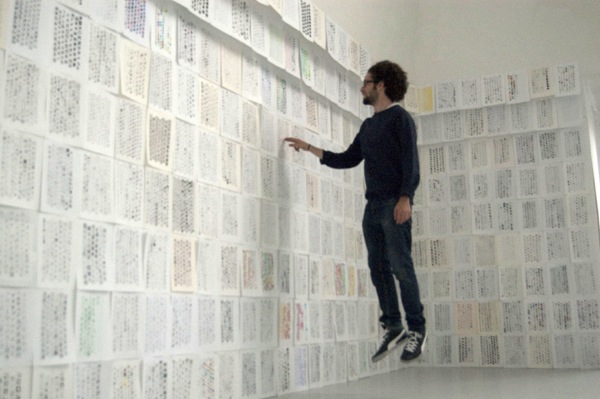 When did you begin this project and what prompted it?

My parents moved our family from Iran to France when I was 12 in order to open up opportunities for myself and my sister that were no longer viable in Iran.  This objective was, in many ways, fulfilled. Although along with significant gains, as a 12 year old boy, it also meant a loss of linguistic ease and a sense of cultural authority. Before leaving Iran I would often read alone, I had a strong academic record and was a lively communicator among classmates and friends.  In France however, I had lost my cultural footing.

At school in France I was fairly isolated and often found it difficult to communicate.  At around 15 years old, my drawing teacher suggested I should enter a competition to study at an arts high school. I passed the entrance exam and although prior to this I hadn’t been especially interested in art, from this time on I started to draw regularly.  After high school, I studied product design and I started to develop certain concepts regarding the practice of drawing. I played with the concept of partitioning or framing space on the page in order to facilitate creative expression. Having experimented with many different compositions I eventually settled on the organization of 1 inch drawings on A4. There were 2 key values in this layout; the woven structure of the layout which sets a certain rhythm and the size of the drawings; this structure allowing the individual to give shape to ideas/perception that may seem either too fragile or dismissed as insignificant. 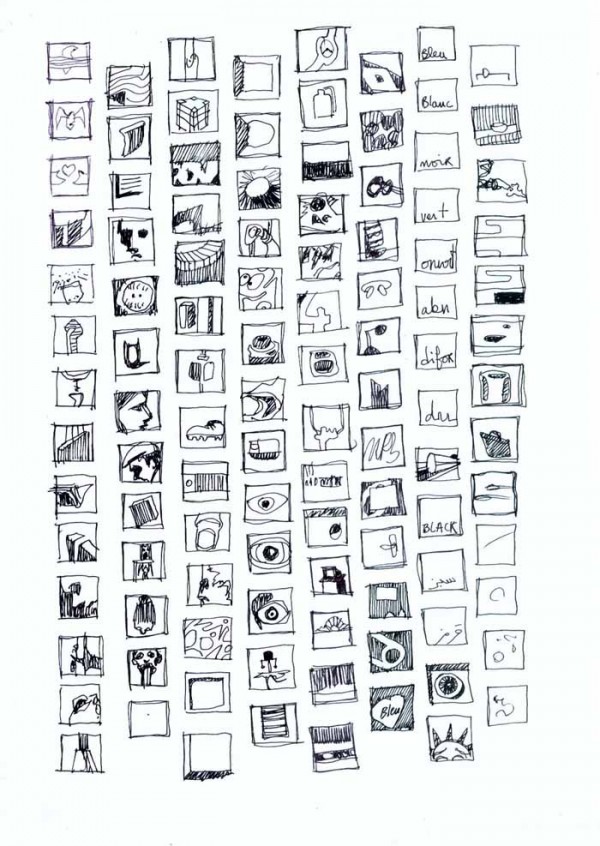 Tell us about the flow of each page, is there typically a narrative you are creating, or do you just relinquish control to your stream of consciousness or subconscious?

Each page is numbered and dated chronologically.  I start the first drawing on the top left side of each page and make a column, I repeat this process until the page is full. Instinctively we try to give order to things; however after commencing the project I found it was fruitless trying to enforce a specific narrative content.  The drawing process acts like a seismograph, each drawing is a singular piece of information but of course collectively we can start to read patterns, narratives and themes.

Tell us a bit about the different conditions in which you find yourself creating these drawings?

The impetus to draw was originally born out of anxiety, the drawings gave me a simple yet flexible structure to digest events. Now, I do it as a matter of habit, it has become a visual archive of ideas and information.  The simplicity of the tools and the concept allows pretty much complete freedom in terms of where and what I can draw. It’s an endless alphabet that evolves with the person that is drawing. 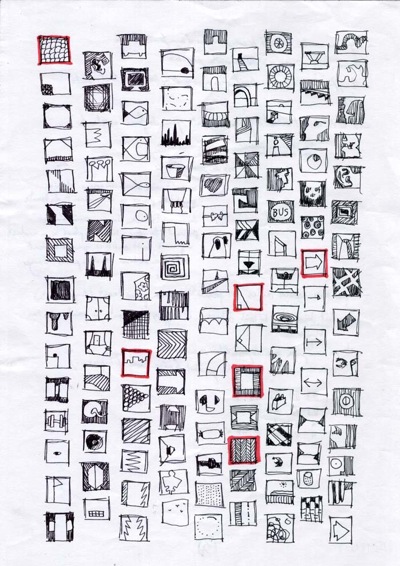 You specify on your website that that this type of creative exercise has been used with patients in mental institutions. What do you think it is about the particular format of this exercise that makes it a valuable tool for psychological exploration?

In early 2013 I was contacted by a psychiatric hospital in Dinan, France, who asked me to do a drawing project with their patients. I accepted the project with the condition that all the members of the medical group also took part in the project.  I gave the staff and patients A4 pieces of paper printed with empty 1 inch squares organized in the same structure as I had been using.  My explanation of the concept was met with a fairly muted response, but when I handed out the paper everybody started drawing with motivation and dynamism.  I don’t feel qualified to give an in depth psychological analysis but I would say that the nature of the format instills a sense of intimacy.  It can be like playing a game or having a conversation with yourself.

Do you feel your own imagination flows differently in this context than when you are working on your other artistic expression?

The Encyclopaedia of Imagination doesn’t require any particular drawing skills or technical mastering.  The woven structure means that the rhythm of drawing and the size of the drawings itself helps me to create links between conscious and subconscious thought and so it’s possible that my imagination flows with greater ease than it is does with my other projects.

How has this project positively influenced your life?

The project has enabled me to access certain experiences and has relaxed the definition of what is significant information/ideas. 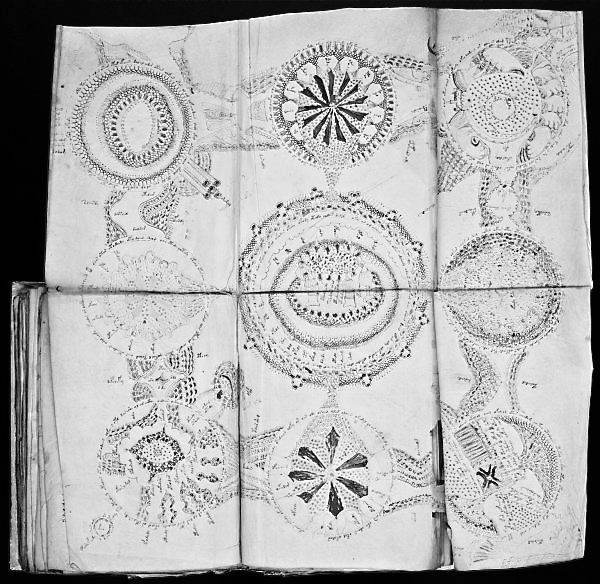 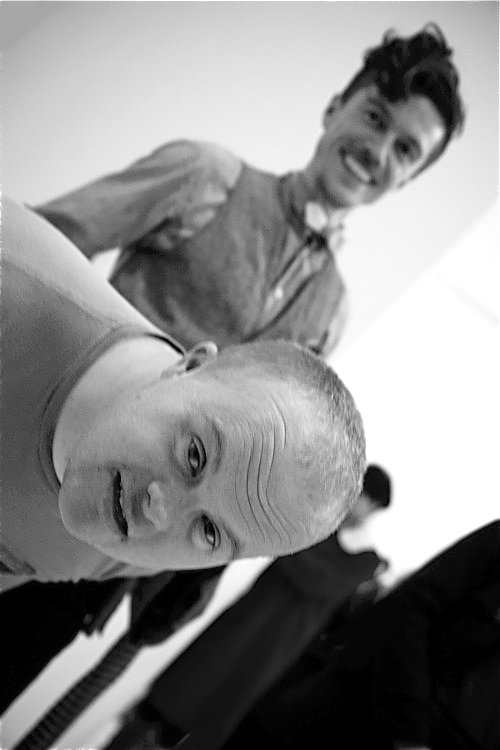