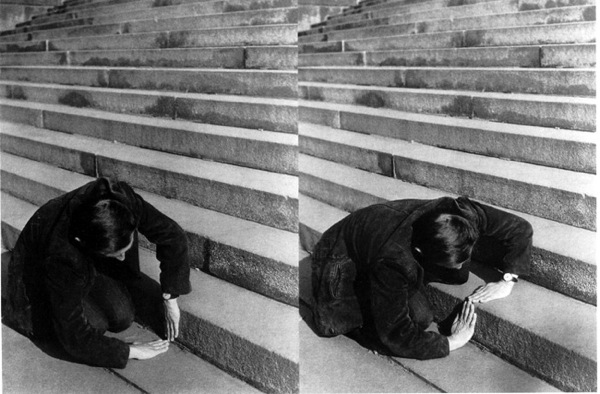 * During the 1970-80s the Czechoslovakian artist Karl Miler produced a series of interventions that he carried out with as little visual distraction to the environment as possible. By means of simple physical actions he established new borders and, as in Zen, he strove to merge body and soul.

“I was close to the minimalist sentiment, which was linked to corporeality… not allowing myself to do anything with my body, which could be even simpler.“ 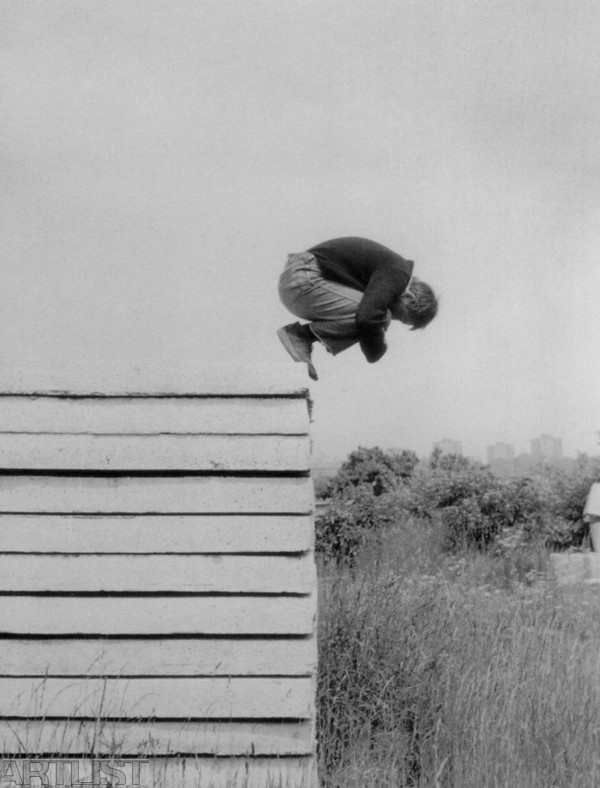 His actions verged on invisibility, barely noticed but for the presence of a photographer and his camera whose own actions drew most attention to Miler. Often acting on a spur of the moment decision he would simply begin a sequence of gestures that created meaning on two distinct levels.

On the one hand there was his own bodily experiencing of gesticulation in space and, on the other, how that experience that would be passed over to the viewer in the form of a trace of the action, the documentary photograph. Miler contrasts the ‘non-artistic’ photograph to a carefully composed image: the non-artistic photograph privileges the idea and sense of eventness in such a way that the viewer experiences the work in a different way than the artist does. 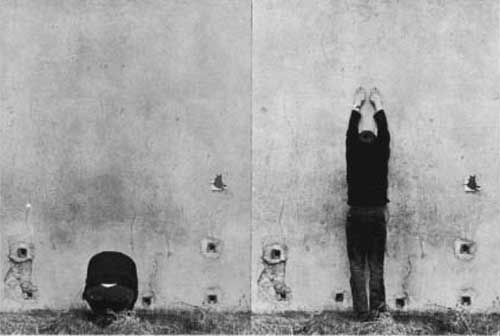 A writer in the late 60’s, he turned towards the body when he found that words no longer had any expressive character for him, that they where mere language codes. He replaced language structures with his own body. Close to the clouds is thus a body gesture. He comments: It is within everyone’s ability to come closer to the clouds. It suffices to jump a bit. It is not a poetic metaphor, but a normal, ordinary activity pointing to our limits. 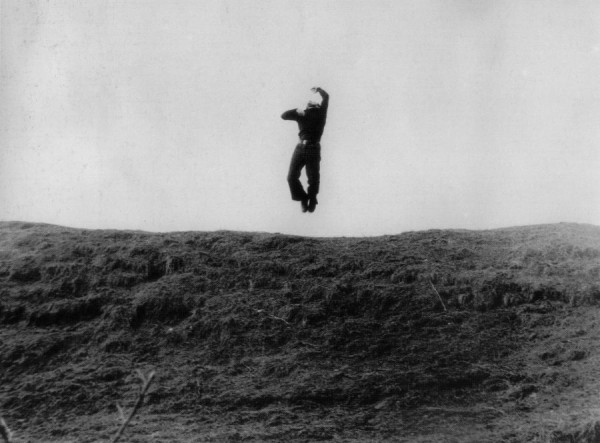 Karel Miler- Close to the clouds 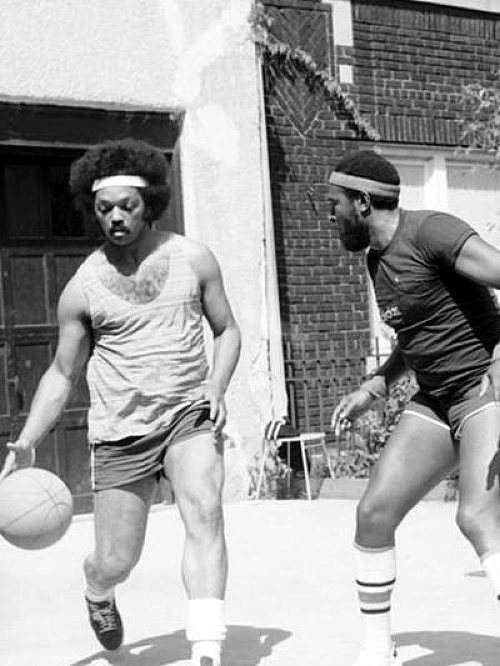 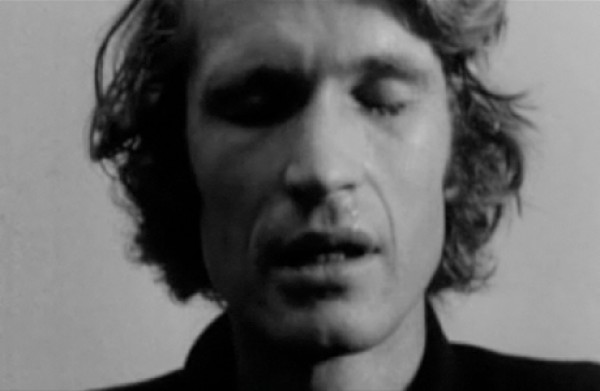