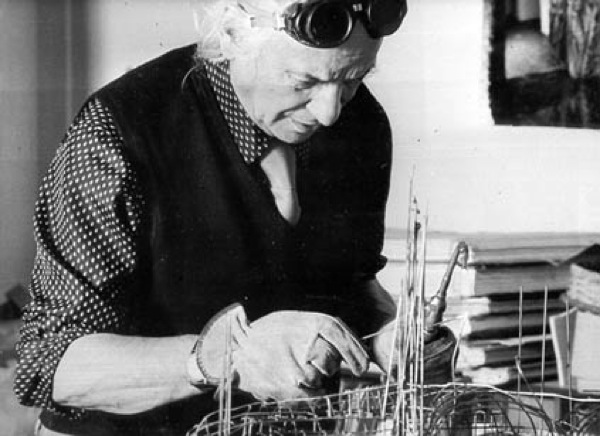 Jacques Couëlle (1902–1996) was a self-taught French architect.  Dubbed The 20th Century Caveman, he designed homes that employed sculptural forms of carved concrete whose curved lines blended organically with the natural landscape. His most famous houses are located in the village of Castellaras in the South of France. 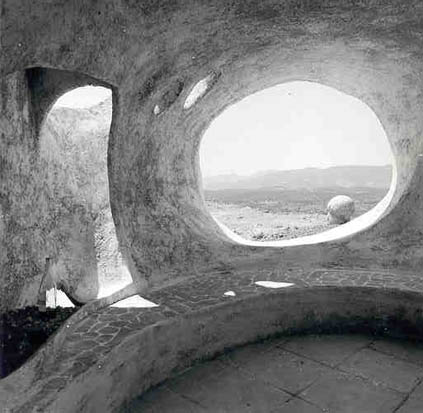 Entirely removing right-angles from his architecture, Couëlle sought to create homes that harkened back to man’s most primitive abodes. 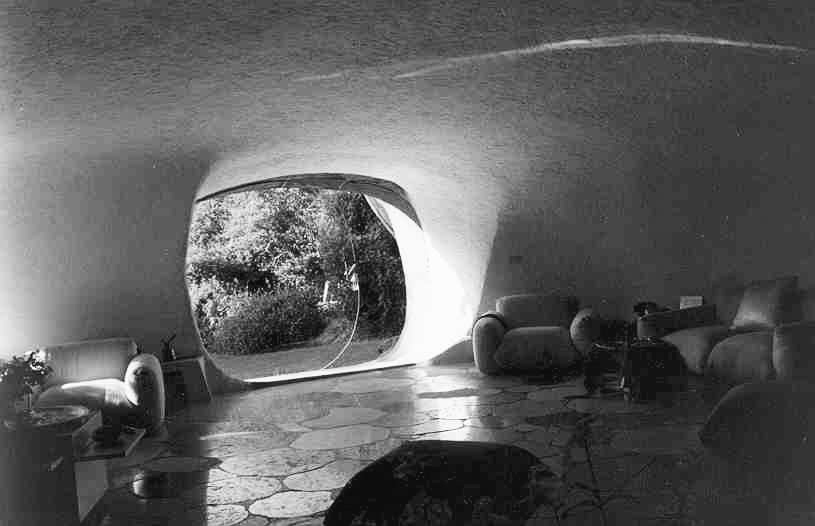 Couëlle’s structures are organic, self-cooling and heating and their inner light varies in aspect depending on the arc of the sun and moon.  With these houses, he sought to re-connect man to his environment, the only irony being that at the time only millionaires cold afford them. 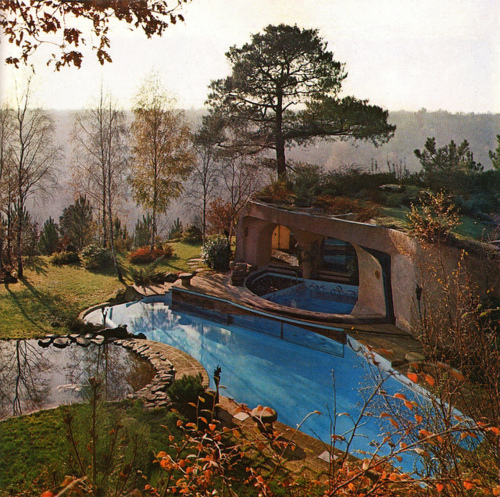 To watch a short excerpt from a film in which Jacques Couëlle explains his practice and methods, click: here. 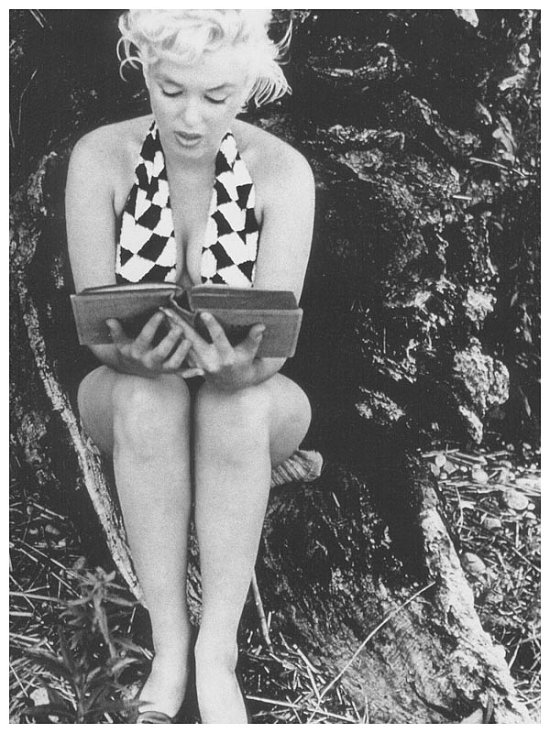 A case for leafing among the leaves 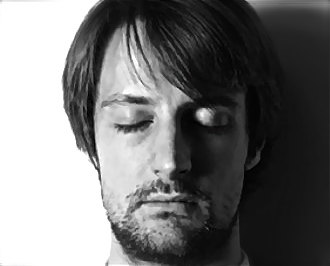