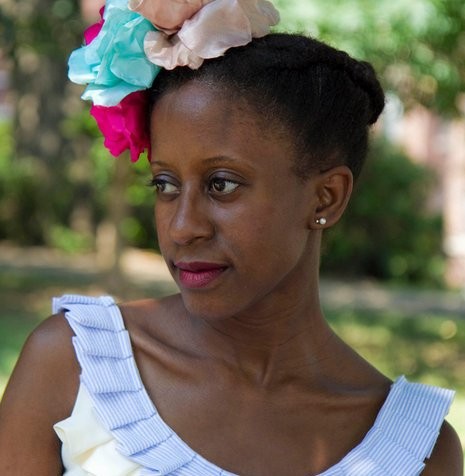 In response to many of our readers expressing that fear often blocked their creative flow, Seymour asked a variety of entrepreneurs and artists to examine their own experience and share, in their own words,  how they get over anxiety & self-doubt and find the strength to move forward with their projects.

HOLLY BASS is a writer, performer and director. Her performance work, which combines dance, theater and poetry, has been presented at respected regional theaters and performance spaces such as the Kennedy Center, the Whitney Museum and the Seattle Art Museum. Her most recent body of work explores the endless allure of the body– from Venus Hottentots to video vixens. A Cave Canem fellow, her poems have appeared in Callaloo, nocturnes (re)view, Beltway, Role Call and The Ringing Ear. She was the first journalist to put the term “hip hop theater” into print in American Theatre magazine. She has received numerous grants from the DC Commission on the Arts and was one of twenty artists nationwide to receive the Future Aesthetics grant from the Ford Foundation/Hip Hop Theater Festival. In 2011, she was named one of the “Top 30 Black Performance Poets” in an international list compiled by The Root. She was voted 2012 Best Performance Artist in the Washington CityPaper. www.hollybass.com

Fear and the Artist

I live with fear, every day. And it’s okay. It’s okay because I used to live in fear. As if fear were a room or a blanket wrapped tight around the body. The funny thing is, when I lived in fear, I thought it was normal. I thought everyone lived like this, and truthfully, many people do. I also thought it was the only way, that I had no choice in the matter. A seemingly happy, highly functional person, I had built a tiny prison that was nearly imperceptible to others. It took me years to learn the difference between living “with” and living “in.”

I am an artist, full-time. In my line of work, there is no safety net. Each month is both mystery and miracle. The rent gets paid and the lights stay on. There is food in the refrigerator, some of which goes bad before I have a chance to eat it. I am not starving, by any means. And I do the work I love.

But doing the work I love is not like people imagine. People imagine that I’m looking out the window into the distance, dreaming up conceptual performance ideas. Or perhaps that I’m in the studio each morning stretching and at my writing desk in the afternoon. The truth? I sit in front of my laptop from 9:30 a.m. until 6 p.m. or later, writing grants, drafting project proposals, following up on checks that haven’t arrived, creating impressively tight budgets, sending out contracts, reworking the marketing materials that are never really good enough, skipping lunch, pulling rabbits out of administrative hats on deadline.

I’m an office drone 80 to 90 percent of the time. Definitely not how I imagined “the artist’s life,” twenty years ago as a starry-eyed coed studying creative writing and dance. For a few minutes a day, if there are no fires to fight and there’s still some creative juice left in my tank, I might take time to test some dance moves or work on a poem. Or, you know, watch TV and do normal people stuff. The artwork, the good stuff, the reason why I have become such an administrative wizard in the first place, gets created in between metro stops and waking moments before the alarm goes off.

All the while, fear sleeps in my bed, gets up with me at breakfast, perches on the edge of my desk, taunting me, daring me, pushing me forward. Fear, I’ve learned, does not go away. Not even after you’ve been making a living from your passion for the past three years. Not after you won that award or grant. Not after the magazine published your picture for a glowing profile piece. 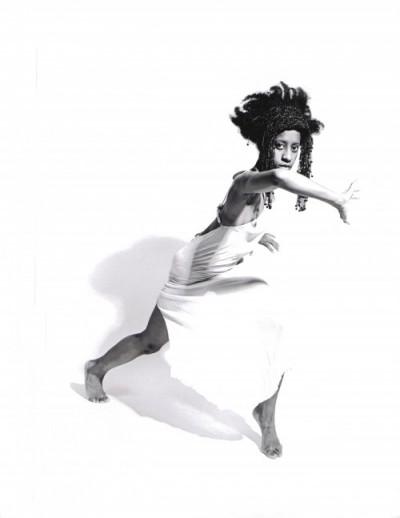 In 2011, I had the privilege to interview the great American choreographer and director Bill T. Jones. He had recently won a Tony for his choreography of Fela and been awarded a Kennedy Center Honor. I asked him how it felt to have achieved such great success­. He told me, in all seriousness, that each new work he created felt like a matter of life and death. If he failed, he would not only be letting himself down but all of the presenters and funders who had invested hundreds of thousands of dollars into the company and the production, all of the dancers who had given over their very bodies to realizing his vision, all of the people whose salaries depended on Bill T. Jones creating another success. It shocked me. I thought that once you made the big time, the fear went away, or at least got easier to ignore. I thought if I just stuck with this art-passion-thing long enough the fear would go away. But it doesn’t.

What does happen, at least in my experience, is that you begin to set boundaries. You take off the blanket and walk out of the cave. You tell fear that it can no longer sit on your chest at night and jolt you awake with panic attacks that feel as if your heart and lungs are being squeezed in metal vices. You look fear in the eye and tell it to back the f— off. You meditate, pray, tape mantras to your wall—whatever it takes. You get some realistic perspective. An old boss of mine used to say during the various crises that occur in every office, “Well, we’re not doing open heart surgery on infants… no one’s going to die.” And this little adage is true for most of us (excepting of course any neonatal cardiologists who might be reading this).

Over the years I’ve learned to turn fear into a tool. A measuring stick. An oracle. Fear is not so much a liar as it is a partial truth-teller. It tells you what will keep you safe. But it doesn’t tell you what you miss by doing so. Fear can teach you if you learn to listen without falling prey to its seductions.

This week I am working on two different productions and a grant application and I am afraid. Last week, I felt tingly, optimistic. But now I’m afraid. I’m afraid I won’t get the collaborators I want, either due to scheduling or limited funds. That I won’t find the right color fabric in time. That the script will be late. That I won’t meet the printer’s deadline. That my proposal isn’t as strong as I thought it was. That I’m forgetting a budget item or making some other costly mistake. That the partnering organizations won’t get their letters in on time. There are a thousand things that could go wrong and right now all of them are swirling inside my head. I can see the blanket lying on the floor, waiting for me to pick it up and wrap myself inside it. It’s almost comforting.

But these days I know better. I know that this fear, this uncertainty, is a normal part of any creative process. Without this fear and doubt, I wouldn’t question myself or critically examine my intentions and ideas in the same way. And sometimes the thing I fear is the place the art work needs to go. It’s not a caution sign so much as a bright flare lighting the way.

So I start by admitting my fear to myself and to others. And then I make a list of actions I can take to move things forward. And if I’ve taken all the actions and there’s nothing more to be done for the moment, then begins the very hard task of letting faith replace fear. For me, that means praying, and sometimes distracting myself with other projects. Once it meant getting ridiculously drunk at a friend’s house. Sometimes it means going for a walk outside.

Whatever happens I know this much, once I’m done listening to and learning from fear, fear does not get to keep talking. I say, “Thank you. That will be all.” Most of the time, now that I’m not a permanent resident inside the cave, this is sufficient. Sometimes I have to pull out the big guns, and by guns I mean asking friends and loved ones for help. Even Facebook friends. Whatever it takes.

To be fearless, is not about erasing the fear and leaving the less. It’s about creating separation, a space: fear… …less. And filling the space with more of what you want in your life. Fear less. Love more. Create more. Live more. Give more. Exist more. It’s a process of being. What I’ve learned in my artist life is that the work is bigger than me. I can’t let my fear stop the work from being created. And I can’t spend all my energy fighting the fear. So I move through it, like a swimmer through water. I feel the resistance and know it makes me stronger.

I live with fear, every day. But I don’t live in the fear. Not anymore.

Special thanks to the photographers for the use of their images: 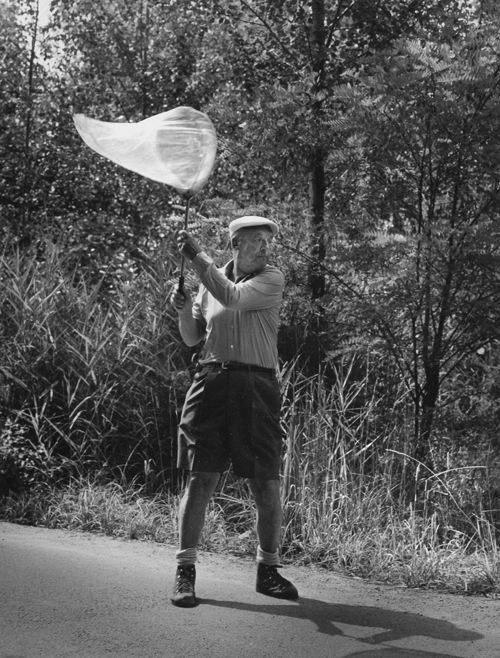 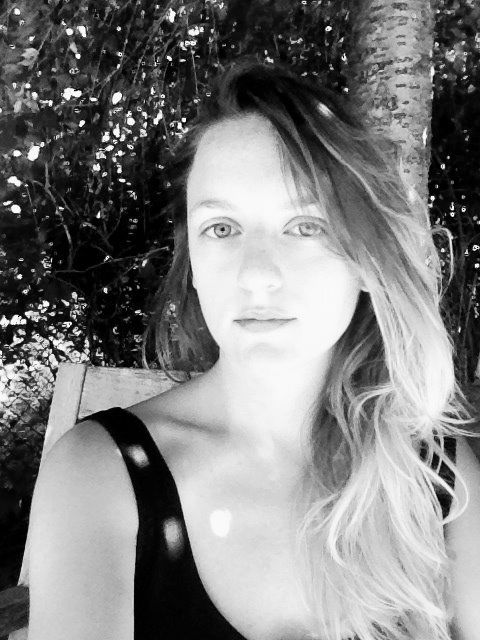