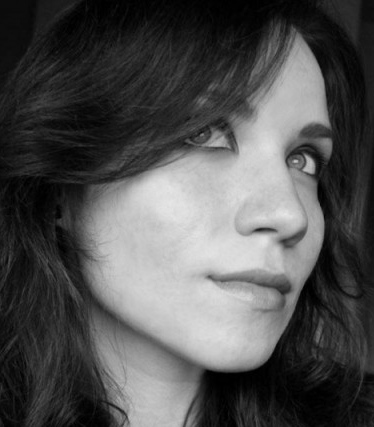 AHNA SEMENOV is a former biology major and is currently enrolled in nursing school. When we stumbled across her blog we were most impressed by her talent and versatility and ability to harness both her left and right brain. We were particularly fascinated by her anatomical drawings and the manner in which she approaches the creative exploration of her subconscious mind.

To learn more about Ahna and view more of her work: 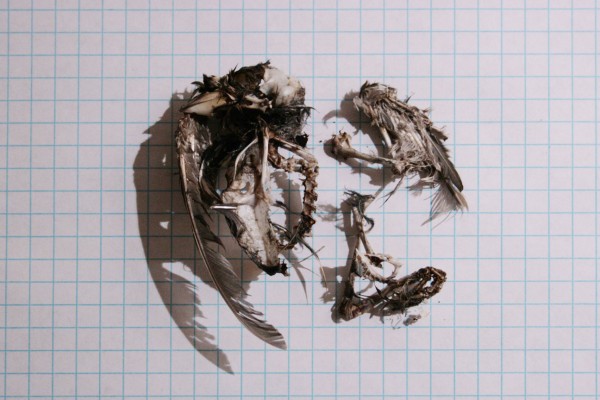 Tell us about your childhood. Have you always been interested in biology? When did you develop an interest in expressing yourself through art? In other words, did your creative mind and your scientific mind develop in parallel?

I was raised never knowing that art and science were ever “separate” entities. My father is a biomedical engineer who paints, carves, builds guitars and mandolins, and helped build our house. My mother has a degree in astrophysics and loves to sing, write, and draw. They made sure that my two sisters and I expressed ourselves in whatever ways we wanted. Growing up our home was full of opportunities to learn and create. We were given art supplies, allowed to take apart old VCR’s to explore their guts and see what made them tick, and got to play outside and explore the outdoors and get dirty. I was taught to question how things worked, to look at the world from as many angles as possible, and to never be afraid of trying something new. Since I was taught to view a failure as simply “learning what didn’t work as well,” my abilities in art and science grew together quite nicely. Wanting to learn and not being afraid to mess up every now and then makes you a good artist and a good scientist. 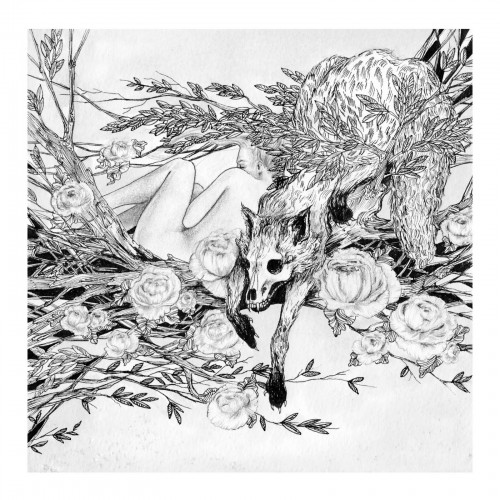 The study of biology and the sciences tend to be very mechanical or process-oriented while creative thought tends to be more free form and loose. How do you reconcile your left brain and your right brain?

I believe that the only way you can be a successful artist and scientist is if you learn to use your analytical abilities as well as your creative ones. You are completely limiting yourself if you shut off either of those processes! With a science like biology, there’s a very elegant flow to all of it. Sometimes that flow gets lost in the words used to describe it, but I promise that it’s there. Many artists spend hours on end trying to reproduce the colors found in nature, the likeness of human skin or an animal’s fur, or create music that mimics natural rhythms. Science is just another way of describing those same processes, and it’s always been beautiful to me. I guess it just depends on how much you’re willing to enjoy the beauty in something seemingly mechanical or calculated! I apply the same thought processes to my art that I do to my studies. I need to research for both, practice for both, and I feel the same pride in the successful execution of both my artistic and scientific endeavors. 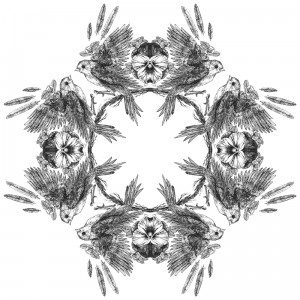 You say that you make art to relieve stress. How does this process work for you? Where is your mind/thoughts when you are creating? Does your art help your studies and/or vise versa?

Sometimes I create art because I have an idea I want to test out, and other times my brain just decides that it wants to. When my brain decides that it wants to, all I can think about when I’m creating is…nothing. It’s really weird, actually. I hone into whatever I’m making and I lose track of time. Sometimes I forget to eat. At times like that, it makes it really difficult to study since so much of my time gets sucked up by art. For that reason I have to limit it if I know I have a heavy academic load ahead of me. I’m currently in nursing school, and I have so much work to do I don’t have much time for art. I compensate for this by drawing way too many anatomical representations in the margins of my powerpoint slides during class. I try to keep them small so my classmates don’t get distracted by gigantic torsos or skulls getting scrawled all over the place. 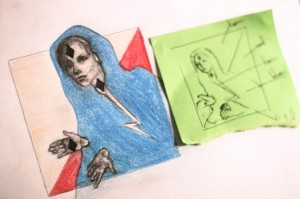 Some of your work is inspired by your dreams. What’s the most recent dream you’ve had that has inspired new work?

It’s very interesting that you should ask this, because—no lie—just last night this happened. I will say that my work being inspired by my dreams is a very rare occurrence, but you’re in luck this time. In the dream, I was in my grandparents’ house showing my boyfriend paintings that my father had supposedly done. One of them was a boring seascape, another was a hideously colored and poorly painted scene of a forest with a family standing in the middle of it, and the last one happened to be “really cool.” I remember stating to my boyfriend (and for some reason, a growing crowd of onlookers and then for some reason we were then suddenly in a park because dreams are weird) that it was the best thing my father has ever painted. I woke up in the middle of that explanation and sat right up in bed, and as soon as I regained a functional level of consciousness I stumbled over to my desk to sketch that last painting. At the time I just sketched it out (sloppily, as you can probably see) on a post-it, but just for you guys I went ahead and drew you a more decent colored-in version so you can see what I saw. There wasn’t anything special about the subject matter, my brain just decided to jumble those colors and that face and those stigmata-looking diamond things together.

Your work includes many different mediums: painting, photography, drawing, etc. Do you prefer one? If so, why?

My all time favorite medium is oils. They’re so versatile and the colors you can get are just unbelievable. Oil paints really give you the most bang for their buck since they give you such a wide range for experimentation.

I’m obviously horribly biased but: for shame! It’s a really difficult thing to be able to render the human body in any shape or form, and I really respect the abilities of anatomical artists. If you think about it, every portrait ever is anatomical art. Every sculpture of a person is, too. “Art” is such a subjective thing that it could really be argued either way, but to me I respect it and find it beautiful. Then again, this is also coming from a girl who thinks that automotive diagrams are beautiful and frame-worthy pieces of art. Take my opinions with as many grains of salt as you want haha. 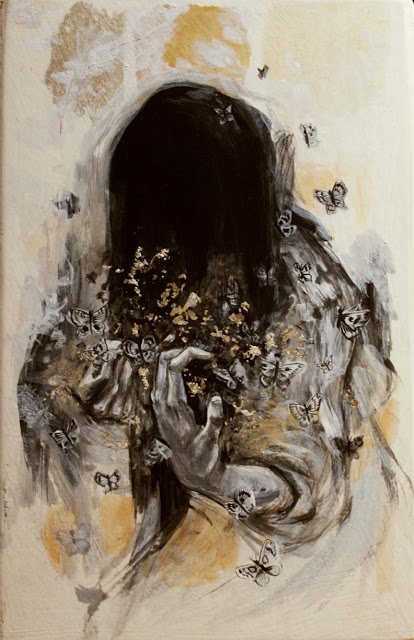 Leonardo Da Vinci famously combined science with creative expression. Do you find inspiration in his work?  What or who is your greatest source of inspiration? Have there been any books, movies, etc. that have inspired you recently?

I love Da Vinci. His work shows how careful, scientifically gathered research can help you as an artist. I’ve always been consistently inspired by how detail oriented he was, and by how curious he was. I love that he loved science! I’m consistently inspired by my studies. Just last week I was studying the lungs. Our lungs are not perfectly symmetrical things; the right lung has three lobes and is slightly shorter than the left because it rests on top of the liver, and our left lung only has two lobes and is narrower than the right because it is displaced by the heart. I sketched out a drawing of the lungs to make sure that I remembered the correct number of lobes. Then I was like “ohhhh man this would look cool all geometric-like” so I stylized it and got these two triangles with the correct number of angles in it to represent the different numbers of lobes. Then I was like “ohhhh man, this would be cool as earrings or a necklace” and so now I’m working on some lung jewelry! That’s how it almost always happens. I should be paying attention in class…but then art happens. 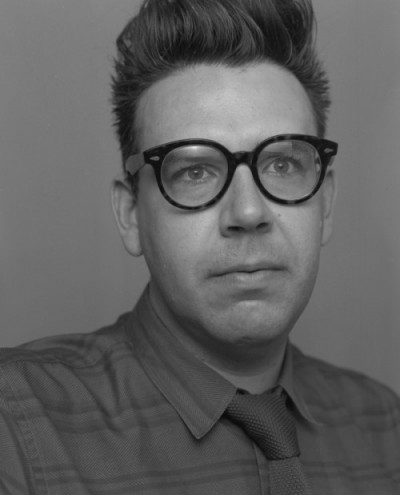 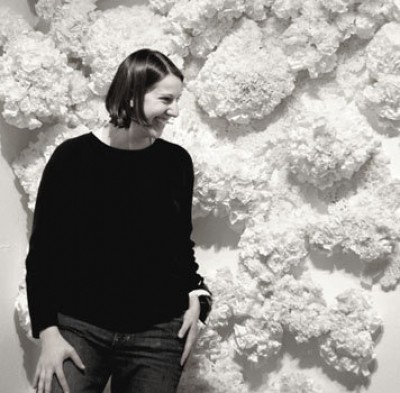