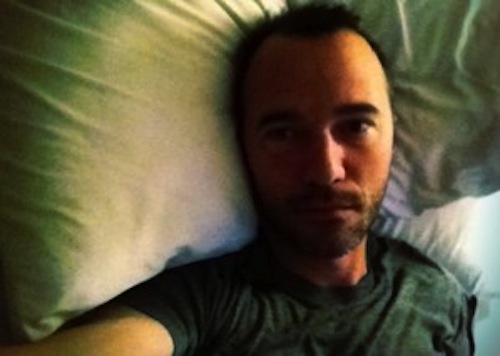 MICHAEL EISENSTEIN is a record producer and guitarist.  A member of the beloved Boston band Letters To Cleo, he’s since played and collaborated with artists like Nina Gordon, Our Lady Peace, Kay Hanley, Lisa Loeb, Juliana Hatfield, Katharine McPhee and The Dan Band. He currently co-leads a retro instrumental band called The Reigning Monarchs with comedian-author Greg Behrendt and produces albums out of his home studio.  He also produces music for TV, film and advertising.  USA Mike (as he’s known to pals) is a Red Sox fan; he lives in Los Angeles & gets extra points for providing a photo of himself waking up and starting the day.

WHAT TIME DO YOU WAKE UP?
6am
WHAT DO YOU HAVE FOR BREAKFAST?
Although I love breakfast foods, I rarely eat it.  Coffee gets me through until lunch.
ONE WORD THAT DESCRIBES YOUR MOOD IN THE MORNING?
Eager.
WHAT GETS YOUR JUICES FLOWING?
A Deadline.  Sadly, almost nothing motivates me more. 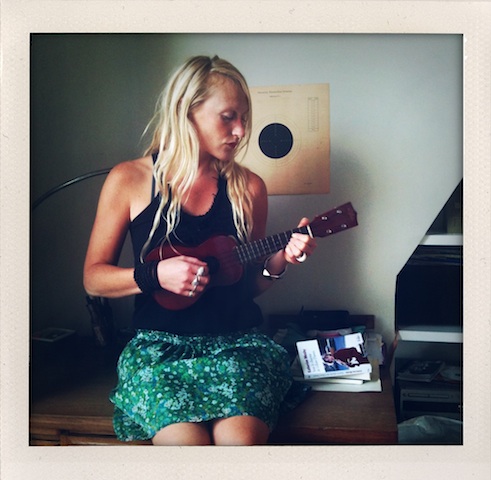 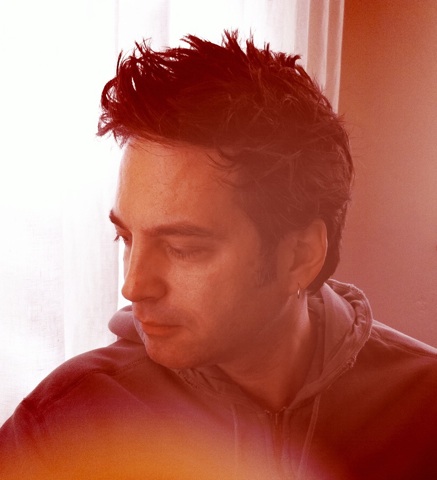